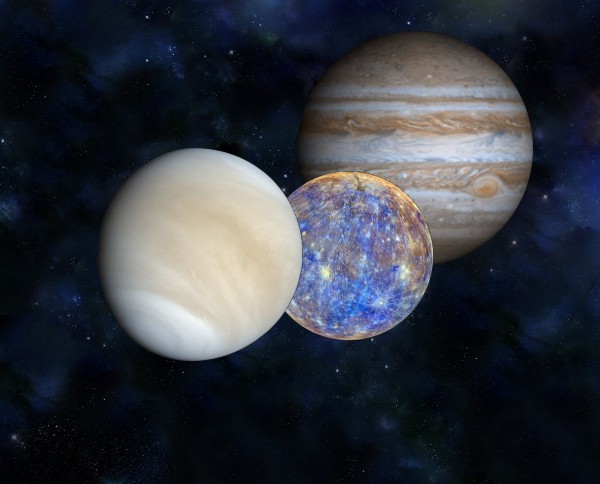 This year sky watchers have a lot of reasons to be excited about. There will be plenty of amazing sky events that cannot be missed: total eclipses, view of planets and meteor showers. So make sure to note down every single show, the sky of 2015 has scheduled.

Here is a brief list of what’s “written in the stars”, according to space.com.

The shadow of the moon will trace a curved shape mainly over the North Atlantic and the Arctic oceans, starting from the southern tip of Greenland and moving counterclockwise towards the northeast, between Iceland and the United Kingdom.

APRIL 4,TOTAL LUNAR ECLIPSE
The entire moon will be covered by the dark shadow of the Earth. The total eclipse will last a few minutes, and will be the shortest since13 October 1856. If you are in North America, the best view of the eclipse will be if you are on the Pacific coast.

VENUS VIEW: END OF SPRING TO SUMMER
During the third week of May, Venus will be visible to the naked eye late, after midnight. On June 6th, Venus will reach its greatest angular distance of 45 degrees, east of the sun. The brightest views of the planet will be at the beginning of summer.

JUNE 30, DOUBLE PLANET
After sunset, two bright planets will be seen incredibly close to each other. Venus and Jupiter will be viewable in the west/southwest sky.

The Perseid meteor shower is one of the most appreciated annual meteor showers. Lucky watchers can admire the beaming of up to 90 meteors per hour.

The last-quarter moon will move to the front of Aldebaran, one of the brightest stars in the sky. This will be visible in eastern North America.

ANOTHER LUNAR ECLIPSE: SEPT. 27-28
Sky lovers across the central and eastern North America will have a clear view of the entire lunar eclipse, from the beginning till the end. The eclipse will last for 72 minutes and it will coincide with its closest point to Earth, at a distance of 221,753 miles.

OCTOBER 26,BRIGHT DOUBLE PLANETN
Venus an Jupiter will approach again and will be separated by just 1 degree. Venus will shine ten times brighter than Jupiter.

OCTOBER AND NOVEMBER,TAURID METEORS
The Taurid meteors, known as the “Halloween fireballs,” show up each year between at the middle of October and November. This year, the shower should peak from Nov. 5 to Nov. 12.

DECEMBER 13/14, GEMINID METEOR SHOWER
Geminids are one of the most entertaining meteor showers. Watchers can see up to 120 super brilliant meteors per hour.
Image Source: I Tech POst