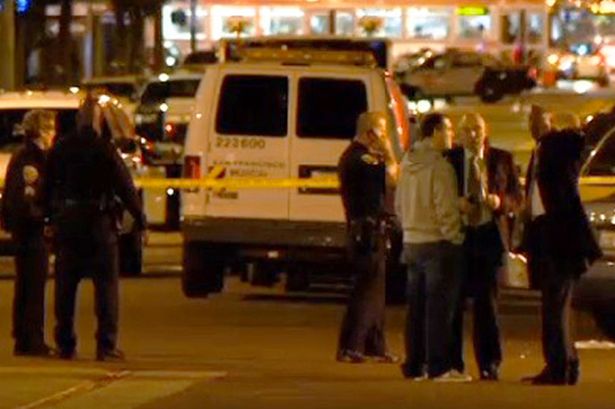 Two people were detained Friday night in connection to a suitcase stuffed with human remains which had been found in the San Franciscan South of Market neighborhood.

It seems that one of the detained suspects had been identified as a POI (person of interest) in a homicide case earlier that very day. The first suspect was captured after an anonymous tip that led the police to an apartment building in the neighborhood of Tenderloin. Officer Grace Gatpandan, spokeswoman for the San Francisco police department, added that officers arrived at the apartment building at approximately 7:30 PM.

The second suspect, whose connection to the case remains a mystery, was apprehended by authorities at 430 Turk Street, police claims.

While direct evidence linking the “person of interest” to the crime has not been uncovered, police revealed that there is video footage placing the man in the area where the suitcase filled with human body parts was found. Spokeswoman Gatpandan mentioned that the man (whose identity hasn’t been released yet) was fully cooperating with investigators. He was questioned at the Hall of Justice on late Friday night.

“Homicide will be working together with all the investigators and all the evidence that we have,”

Gatpandan added, so that a clear connection can be made (or ruled out) between the person of interest and the person responsible for the crime.

The person featured in the surveillance footage is shown wearing light blue jeans, a bright-colored jacket and a striped baseball cap.

Authorities discovered the gruesome suitcase and its contents on Wednesday, on 11th street, outside a Goodwill As-is Store after an alarmed pedestrian spotted the ghastly package (which not only contained human remains within the suitcase, but also outside of it). Right after the gruesome discovery, 11th Street was closed off by authorities so that police officers could thoroughly scour the area. Additional body parts were soon discovered.

All the remains were brought to the San Francisco Medical Examiner’s office. The autopsy revealed that they belonged to a fair-skinned male, but that these were the only details that could be obtained. Neither the cause nor the manner of death are known.