You are here: Home / Technology / Samsung Released Its First Tizen Smartphone In India 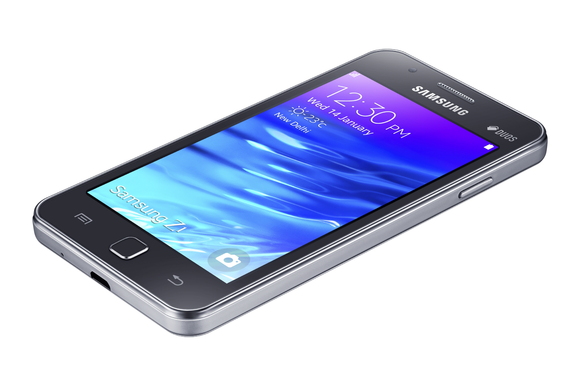 Following its debut in June of last year, Samsung released its first Tizen smartphone in India. For the price of 5,700 rupees, the equivalent of $92, Indians customers can now acquire a smarphone suited to their preferences.

Samsung customized the Z1 phone with the purpose of local entertainment. The device is equipped with the “Juke Box” package, containing Hollywood but also Bollywood music, various TV shows and movies.
According to Hyun Chil Hong CEO at Samsung India, there is a rapid development in the Indian smartphone industry as many consumers use this device “as their screen of choice for content including videos, television programs and video games, as well as a range of apps.”
He added that the phone was designed “to meet the unique, entertainment-focused needs of local Indian consumers for a personal and reliable mobile experience”.
Among phone features there is a built-in library that offers a collection of over 270,000 songs and more than 80 live TV channels. Customers can use the content by means of download or stream. Users can also opt for the premium services offered by Hungama.com, nexGTv, and Box TV. The price is 1,750 rupees (or $28) annually, with the option of a three-month free trial.
The Samsung Z1 has a 4-inch wide screen and is equipped with a dual-core processor, 768 MB RAM and an internal memory of 4GB which can be upgraded to a maximum of 64GB with the help of a micro SD card. It is also capable of supporting two SIM cards.
The company stated that the phone’s1,500 mAh battery lasts up to seven hours while continuously on video mode. The Z1 users are able to talk for 8 hours without the phone to shut down. There is also the possibility of increasing the device’s battery life with Samsung’s “Ultra Power Saving Mode.”
The Z1 also comes with two cameras: one 3.1-megapixel rear camera and a VGA front shooter that offers auto-face-detection for an improved “selfie experience”.
When it comes to protection, the Z1 offers key features such as SOS alert which can be set to send “Help” messages to the user’s main contacts and even detect the person’s location is needed. The Z1 also comes with built-in antivirus software which will automatically verify all apps, mails and text messages. Users can also set a separate space used for storing personal files or photos.
The device comes in three colors: white, black and red.
Image Source: PC World