You are here: Home / Tech & Science / The Role of Zebra Stripes May have Been Unveiled by New UCLA Study 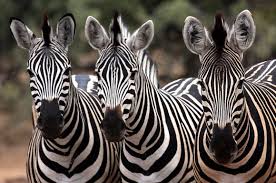 A new study shows that zebras living in warmer locations tend to have more stripes than zebras dwelling in cooler areas. Scientists believe the findings will provide a final answer to the question: Why do zebras have stripes?

The new research revealed that the stripes may serve in cooling zebras’ skin temperature, while keeping away bloodsucking disease-carrying bugs.

Other studies have shown that the stripes may also have a camouflage function in the savannah by keeping zebras hidden from the eyes of hungry lions. However, there was no hard evidence on that theory.

Scientists have been pondering over the zebra stripes for over a century. Charles Darwin himself was puzzled and tried to issue a hypothesis. To this day, there are five main theories that try to explain the role of zebra stripes: hiding the zebra by providing an optical illusion function, confusing predators, keeping away pesky insects, reducing overall body temperature and helping zebras recognize each other within the zeal.

The new study doesn’t confirm either of these theories as a definitive winner. Still, it confirms that stripes may help at reducing body temperature because the warmer the environment is, the denser the zebra stripes are.

Brenda Larison, a researcher at the University of California, Los Angeles (UCLA), and her colleagues gathered data on 16 plains zebra zeals which ranged from Ethiopia to South Africa, while studying their stripe patterns and diseases in a research project funded by the National Geographic Society.

Researchers also measured weather conditions, soil and air moisture, amount of rainfall, and prevalence of lions in the areas inhabited by zebras. All the data was stored on a computer hard-drive and it was later used for computer model generation.

Ms. Larison said that temperature consistency and average winter temperature influenced most the distribution of zebra stripes. By using two additional weather factors in the model, the team was able to predict the stripping patterns of zebras not analyzed in the study.

Scientists say that zebra stripping is affected by air temperatures because the mini-currents of air resulted from hot air hitting the zebra’s body get faster and stronger in the striped area. Researchers say that stripes absorb more heat than the white areas so currents speed up. The currents then result in little eddies of air that swirl and cool the animal’s skin.

Ms. Larison also said that she had evidence that zebras with more stripes on them had a 5.5 degree F/ 3 degrees C lower skin temperature than other savannah animals such as buffalos and antelopes.