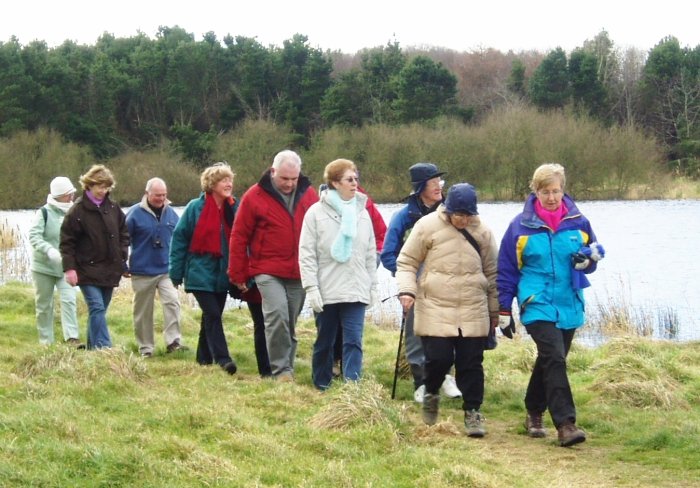 A new study performed by the scientists at the University of East Anglia in the United Kingdom, has revealed that regular group walking may reduce the risk of developing a stroke, depression and heart disease, among other life-threatening conditions.

The study was published in the British Journal of Sports Medicine and showed that participants of the study who went on regular group walks, all showed significant reductions in body fat, BMI (Body Mass Index), resting heart rate, blood pressure and total cholesterol.

The US Department of Health and Human Services has set the Physical Activity Guidelines for Americans and it recommends that adults spend at least 150 minutes each week (around 20 minutes every day) of brisk walking or any other moderate-intensity aerobic activity. But a report done in 2013 by the CDC (Center for Disease Control and Prevention) found that half of adults inside the United States do not meet these recommendations.

The University of East Anglia research team was led by Prof Andy Jones and Sarah Hanson. Following the results of the study, the scientists recommend that local authorities and health professionals encourage people to join walking groups in order to encourage physical activity.

The study wasn’t made to reveal the benefits of walking or exercise, as these are well documented, but it was meant to find the best and most convenient approach to physical activates that the general public could benefit from.

The researchers had the massive task of analyzing data from 1,843 participants, many of whom had heart disease, obesity and type 2 diabetes. They carefully went through 42 studies about exercise from 14 countries and found that the health of the people who joined a walking group and tool short walks of under one hour improved dramatically.

It was revealed that group walking significantly reduced high blood pressure, BMI and body fat. It improved the resting heart rate and total cholesterol. All of these factors do reduce the risk of developing stroke and heart disease. The people who joined walking groups also exhibited improved lung power, lower depression levels and improved general fitness.