You are here: Home / Tech & Science / The Pope Plans to Raise Climate Change Awareness among Catholics 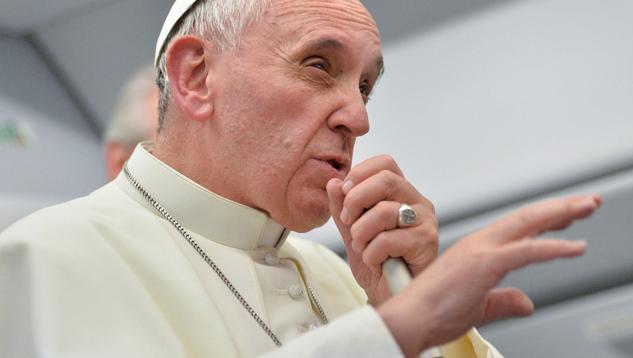 In 2015, Pope Francis plans to write a letter to all Catholics to warn them about the threat global warming poses to poor communities across the globe. The letter called a papal encyclical is meant to raise awareness to all Catholics about climate change and make them get involved in fighting it.

Besides the letter, the pope also plans to talk to the UN general assembly about environmental issues and call a summit of all religious leaders to discuss global warming impact on poorer nations. During the summit leaders of the main religions would agree to take a stand in making all people aware about global warming and social exclusion.

These steps pope Francis is making aim at influencing a crucial UN climate meeting that is scheduled to take place this year in Paris. In that meeting world’s leaders will try and reach an agreement on cutting down for good greenhouse emissions.

This year’s encyclical would try to convince 1.2 billion Catholics in taking action against global warming. The letter will be addressed to 5,000 Catholic bishops, 400,000 priests and their parishioners.

The pope chose to write a letter designed to raise climate change awareness among Catholics after he had visited a Philippine city devastated three years ago by the typhoon Haiyan.

A papal encyclical is rare. It is among the highest levels of a pope’s authority. It will be 50 to 60 pages long; it’s a big deal. But there is a contingent of Catholics here who say he should not be getting involved in political issues, that he is outside his expertise,”

said Dan Misleh, director of a non-profit organization advocating for the fight against climate change.

In October, the pope stirred up controversy by criticizing current economic and financial system by calling it a “system centered on the god of money” that needed to plunder nature to support the “the frenetic rhythm of consumption” linked to it. Pope Francis also said that the system was lacking in ethics and doomed man to be a servant of money since cash commands now, not people.

However, Pope’s harsh environmental views are likely to be opposed by Catholic climate skeptics in the U.S. such as John Boehner, leader of the House of Representatives and Rick Santorum, former presidential candidate.

Climate skeptics believe that global warming is a natural cycle not linked to any human activity, while climate change theory is a political hoax meant to justify global governance.

Mr. Misleh also said that the papal encyclical would threaten some people and bring joy to other since pope’s arguments are around “economics and science rather than morality.”