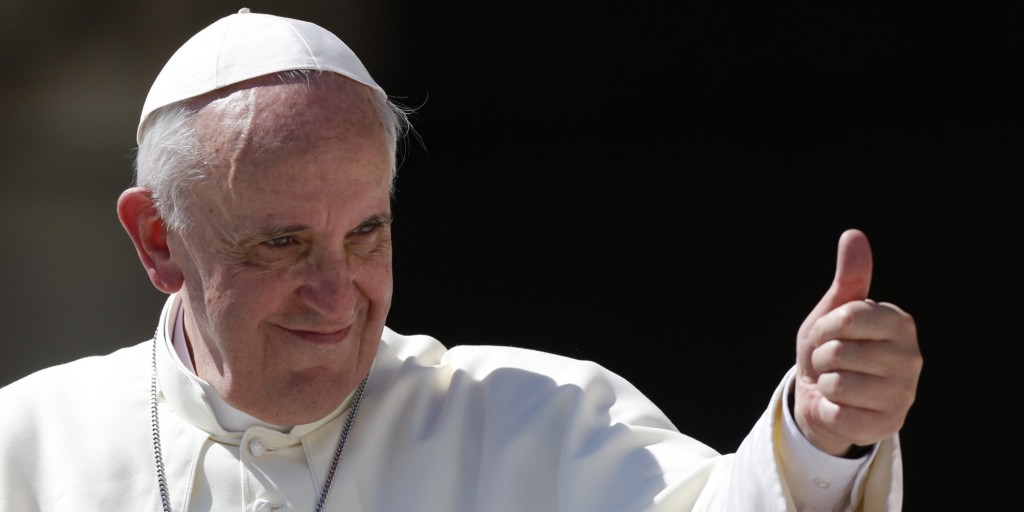 Pope Francis, who is currently on a tour of Asia, has announced that he will canonize Father Junipero Serra when he visits the United States in September.

The pontiff made the surprise announcement on his flight to Manilla, the capital of the Phillipines. He was traveling from Sri Lanka, where he had been warmly welcomed by the predominantly Buddhist population. Pope Francis has admitted to having some concerns over his safety in the Phillipines, following a previous assassination attempt on Pope John Paul II in 1995. President Benigno Aquino has stated that “a trouble free visit is a matter of national honor” and security is at an all-time high in the capital.

Father Junipero Serra was a Spanish-born Franciscan missionary who converted much of the Western United States, now modern day California, to Christianity in the 1700s. Father Serra’s missions involved a lot of work with Native Americans, he is said to have baptized more than 6000 and converted more than 5000 Native American people in his lifetime. However, there has been some criticism regarding the conditions the newly converted Christians were made to live and work in, as well as the destruction of natural habitat. Despite this his work earned him the name of the ‘Founding Father’ of California and Pope Francis told reporters on the papal plane that Father Serra was “the evangelizer of the west in the United States”.

Father Serra has also gained the title of the ‘Father of California Wine’, as he planted California’s first sustainable vineyard in 1779 and founded the first winery in 1783. As he continued on his missions Father Serra planted vineyards in order to produce wine for Catholic Mass.

There is a small problem with the announced canonization, however, as technically a verified miracle is necessary to make Father Serra a saint. Pope Francis has the authority to dispense with this requirement and he explained that this method can be used when, “in practice, this person is venerated as a saint”. The Pope also used this method to canonize Father Joseph Vaz, making him Sri Lanka’s first recognized saint.

Although the Pope has not specified a time or place for the canonization to take place, he has expressed a wish to visit Philadelphia, Washington DC and New York during his visit in September.