You are here: Home / Tech & Science / Polar Bears Are Changing Habitat To Colder Regions Due to Global Warming 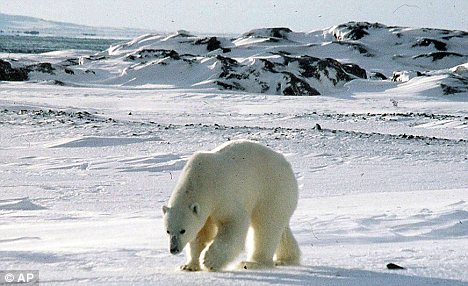 It seems that polar bears and other animals from the Arctic are leaving their current location and move towards colder regions. According to a new study the animals are trying to adapt to the climate change and the effects this has on their natural habitat, such as the melting of the ice.

According to Elizabeth Peacock, a researcher at the Geological Society, individual Arctic animals are not moving in big groups. Their departure is subtle and gradual, according to the scientist who has been studying the animals and their recent behavior.

The polar bears and other animals are following the ones that are leaving. Peacock explained that usually polar bears move along with their habitat. She described the sea ice where the polar bears live as a moving sidewalk and said the bears appear to travel along with it. Polar bears are known to move to places where they can find prey and mating partners easily.

The Arctic sea ice is very important to the polar bears because it’s like a platform for hunting, migrating and mating. Without the ice, the bears would have to swim great distances in open water. The researchers say that polar bears are known to enter a state of “walking hibernation” and stop eating if they reach land.
Peacock explained that the longer the polar bears are not on their ice habitat, the longer they will remain without eating.

As a result of that, reports show that polar bears have moved toward the Canadian Archipelago in the last 15 to 45 years.
Peacock and her team of scientists identified four clusters of polar bears that are genetically similar, identifying them by their main location. The locations include the Canadian Archipelago, Southern Canada, the Western and the Eastern Polar Basin.

It seems that polar bears are not the only Arctic animals that are changing their habitat and move to colder regions. A large number of walruses have been seen in large groups on the beaches of Northern Alaska in recent months. Also, because of the melting ice, experts believe that the bowhead whales might start moving to colder places, as well.
Image Source: thaipanda