You are here: Home / Tech & Science / Mountain-Sized Asteroid to Fly By Earth Monday 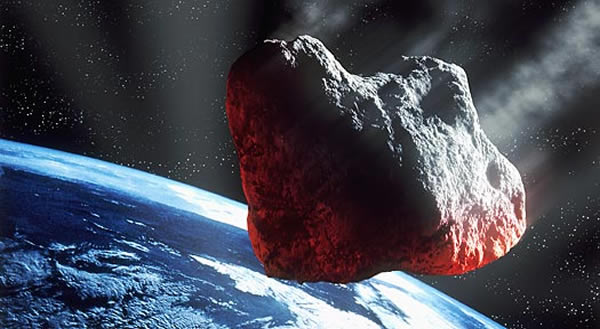 NASA announced that a 1,800-feet/ 550-meter wide asteroid would fly past Earth at a safe distance January 26. The flyby does not endanger Earth since the space rock would come within nearly 75,000 miles/ 1.2 million km of Earth, which is three times the Moon-Earth distance, NASA experts said.

However, space scientists can hardly wait for the event and have already prepared two huge radio telescopes to map the asteroid. They also want to learn whether it has any moons, how hard its surface is, and how far its orbit stretches.

For this, scientists will employ the Goldstone antenna at NASA’s Deep Space Network in California and the Arecibo Observatory in Puerto Rico. These two radio telescopes will beam microwaves towards the mountain-sized asteroid, dubbed 2004 BL86, that would return to Earth with fresh data on the space boulder.

Lance Benner of the NASA’s Jet Propulsion Laboratory (JPL) said that radar mapping was the smartest choice for a space object located that far. Ground-based telescopes would only see it as a point of light, while radio telescopes can provide high-resolution black and white pictures of the asteroid, Mr. Benner added.

The Goldstone antenna team plans to obtain details about 2004 BL86’s exact location and orbit to better understand future motion. Although, it doesn’t pose any threat to Earth, researchers said that it was “an inexpensive form of insurance” to keep a close eye on near-Earth objects (NEO) on a regular basis.

Mr. Berner also claims that the observation performed on Monday would be of great interest to companies that plan to get into the asteroid mining business.

The scientists hope that the resolution of the images will get close to 13 feet/ 4 meter per pixel and allow them notice every detail on the asteroid’s surface.

It’s expected to be one of the best radar-imaging targets of this calendar year,”

The team also plans to obtain enough images of the spinning asteroid so they can build a 3D model. The model will help the them understand how the asteroid rotates. They will also look for potential moons since an asteroid that big usually has smaller objects orbiting it.

The Goldstone dish will map 2004 BL86 for nearly 6 hours every night from January 27 to February 1. The Arecibo telescope will be able to take a glance at the asteroid only one night (January 27) because it is not fully steerable.

Scientists also said that they were very excited about the space event because they knew nothing about 2004 BL86 yet, but they hoped that an object coming that close would offer an outstanding scientific opportunity.