You are here: Home / Health / Man Wakes Up After 12 Years in a Coma, Says He Felt Everything 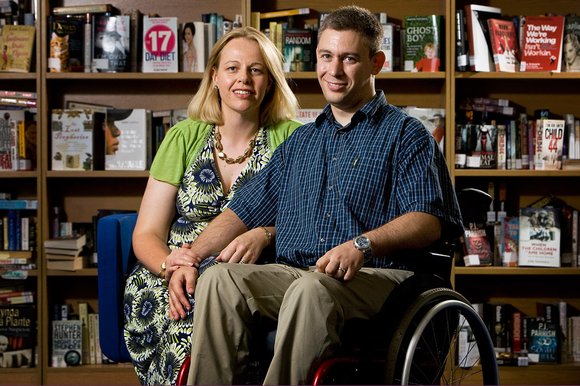 Martin said that when the disease first settled he could not move his limbs, make eye contact and after some time, he could not speak. He was taken to many doctors but because they couldn’t help him with his disease, the doctors told his parents to take him home and make him feel as comfortable as possible.

Although the doctors assumed that Martin was going to die eventually, his parents did not lose hope. Martin’s father, Rodney Pistorius talked about what it was like to take care of his comatose son, saying that he and his wife followed a daily routine. They used to wake up at five a.m. and prepare their son before taking him to a special clinic. Mr. Rodney said that the caring routine included feeding, bathing and putting Martin to sleep and making sure he will not get bedsore because he spent all his time in bed.

Martin’s mother, Joan Pistorius said there were times when she thought her son was dead because he looked as if he were dead.

Man Wakes up From 12 Year Coma, Says He Conscious the Whole Time

Martin recounts that whilst being in a coma, he could hear people around him. He said that after being 12 years in a coma he was able to regain consciousness about two years ago.

He said that while he was in a coma he was aware of everything around him just like any other normal person, except that he couldn’t do anything. Martin added that nobody knew that he was trapped inside his body without being able to make his family aware of him. He said that he was terrified of the thought that he could spend his whole life in that state without ever coming back to normal.

Martin said that while being in coma, he struggled to regain control of his body and his mind and succeeded to wake up after being for 12 years in a coma.
Image Source: inclusivesolutions