You are here: Home / Health / As Long As a Person Is Obese Health Keeps Declining 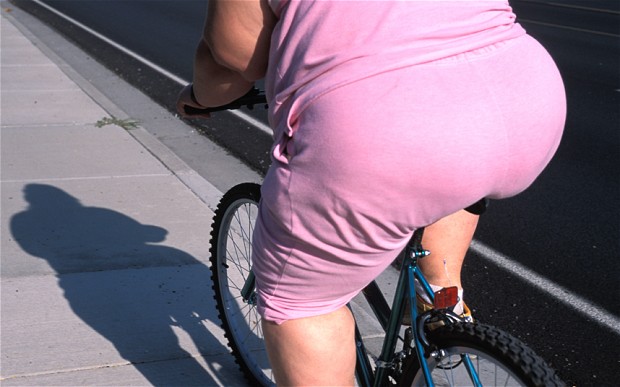 The being fat means being healthy myth has just been broken. As long as a person is obese health keeps declining. A scientific study said that obese people may appear healthy, but this only lasts for a short period of time, after which serious health problems start to develop.

A study conducted on obesity by scientists at the University College London is the longest ever made and revealed worrying facts. The findings just add up to older information which proved that overweight people are more likely to hearts diseases and strokes, or certain types of cancer, than skinny/fit people are.
The research has settled some parameters for the so called “healthy obesity”, which were not having high cholesterol levels, high blood pressure, diabetes or other health affections.

Scientists have put under study, a number of 2,5221 men and women with ages between 39 and 62 and all of them were followed for twenty years. Researchers took their cholesterol, blood pressure, they were tested for diabetes, and got their body index measured.
At the start of the research, around one third of the obese participants were classified as “healthy obese” as they didn’t show any sign of diabetes, or any health risk factors.

During the years of the study, their health was put at risk. Ten years later, up to 40% of the persons had developed health problems and after 20 years the percentage grew to 51%. Healthy non obese persons had also faced health conditions, but the development was slower. After 20 years, only 22% of the unhealthy skinny/fit participants showed symptoms.
At the end of the research, only 11 % of those who started as obese lost weight and turned from unhealthy obese to healthy, normal weight.

Government health statistics have some concerning figures on national obesity, 36 % of American adults are suffering from obesity while in Britain, 25% adults are obese.
The study proves that the term of “healthy obese” is only acceptable if its stable in time, but the results have showed that the healthy state, is just for a period of time.

“It’s important to have a long-term view of healthy obesity, and to bear in mind the long-term tendencies. “said Dr. Andrew Freeman”, director of clinical cardiology for National Jewish Health in Denver.

So far no study has been able to demonstrate why THE common belief is that fat people are healthier. some have said that they might store extra energy which they can use when becoming ill. Nevertheless it has been scientifically proven that risks factors will eventually develop in obese people, such as, high blood sugar and cholesterol levels that will lead to serious maybe fatal illness.
Scientists advise obese individuals to find the will to loose weight even if they don’t manifest the red alert conditions.
Image Source: The Telegraph