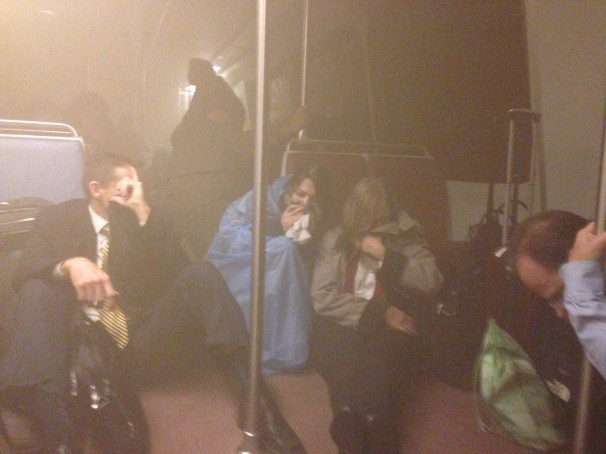 A tragic incident at L’Enfant Plaza station in Washington took place earlier this week. A woman died, two people are in critical condition and 81 people were injured at a subway in Washington DC after the tunnels of the metro got filled with smoke.

The terrible incident happened on Monday, right in the afternoon, when rush hour reached its peak. All those who were at  at that time were forced to urgently evacuate.
Authorities haven’t determined the exact series of events or the cause of the incident. A total of 84 people needed medical care and were rushed to nearby hospitals, suffering smoke inhalation or different other injuries, subway and hospital officials announced. One of the passengers didn’t make it, a woman injured inside the tunnel died and two people in critical condition were taken to the  George Washington Hospital.

Other 40 people were taken by bus to Howard University Hospital and another 25 people received medical attention at the Washington Hospital Center, said Metro General Manager Richard Sarles. He added that the Metropolitan Police Department will start an investigating the events that lead to the death of the woman.
Other victims had to be treated with oxygen by firefighters or first responders.

One of the people who were there during the incident, Jonathan Rogers, told The Washington Post that the situation was out of control and that it escalated quickly. He said that some of the passengers started to pray as smoke was entering the train.

The Metro Transport Police has started an investigation in order to find the origin of the smoke as well as its cause
The Washington Metro system is used by around five million people, making it the second busiest public transport system after New York. After the incident, many of the subway lines were closed for safety measures. Some of them, deemed safe by authorities, were reopened. The Silver, Blue and Orange service lines were put back in use. The transportation services on the Green and Yellow lines, near the L’enfant Plaza are still suspended.
It is expected for the The National Transportation Safety Board to hold a public conference to explain what happened at l’Enfant Plaza Station.
Image Source: The Washington Post