You are here: Home / National News / January 8 Might Not Be Kim Jong Un’s Real Birthday 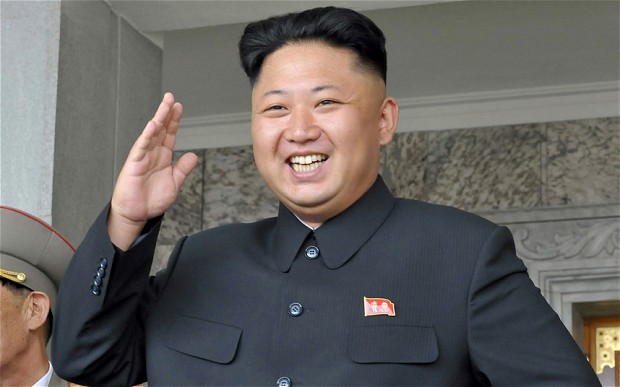 Is 8th of January the real birthday of North Korean leader Kim Jon Un? Experts believe that January 8 might not be Kim Jong Un’s real birthday. But why does the supreme leader refuse to celebrate his birthday with the whole wide nation, as his predecessors have?

There are many mysteries surrounding the North Korean leader, Kim Jong Un. One of them might be his day of birth. The supreme leader is believed to have been born on January 8, which means this Thursday he should have turned 32 years, possibly. However,there  hasn’t been any sign of celebration, a public speech, or a report about the event in the entire nation this year, said Reuters.
An interesting fact is that one year ago in the same day, former professional basketball American player, Dennis Rodman, traveled to North Korea and sang a surprising “Happy Birthday” to Kim Jong, in front of the whole crowd. The people seamed confused as they weren’t aware it was their leader’s birthday. Dennis Rodman’s singing in that day, was the first time Kim Jong’s birthday date had been publicly confirmed, with the leader being present, mentioned Reuters.

The media in North Korea are silent about Kim Jong Un’s exact day of birth or even the year.
“There is a lot of debate about the year he was born. Some say it is 1984 while others say is ’83 or ’82,” CNN, quoted Cheong Seong-chang, a senior researcher at the South Korea’s Sejong Institute.

This fact is peculiar as the leaders before him were celebrated by the whole North Korean nation and still are. Kim Il Sung’s birthday is celebrated on the 15th of April and it is called the Day of the Sun. The birthday of Kim Jong Il is celebrated as a national holiday on February 16 and its name is the Day of the Shining Star. To properly celebrate these days, state officials hand out presents to citizens and sweets for children.

One of the reasons the North Korean leader refuses to admit his birthday is because he is trying to keep his image as a humble person who doesn’t fancy extravagance. Kim is believed to be 29, 30 or 31 years old, but he might have another reason to hide. If celebrations would occur, people might start getting curious about his actual age, said Professor Lee Jung Hoon from Yonsei University in South Korea.
Image Source: The Telegraph