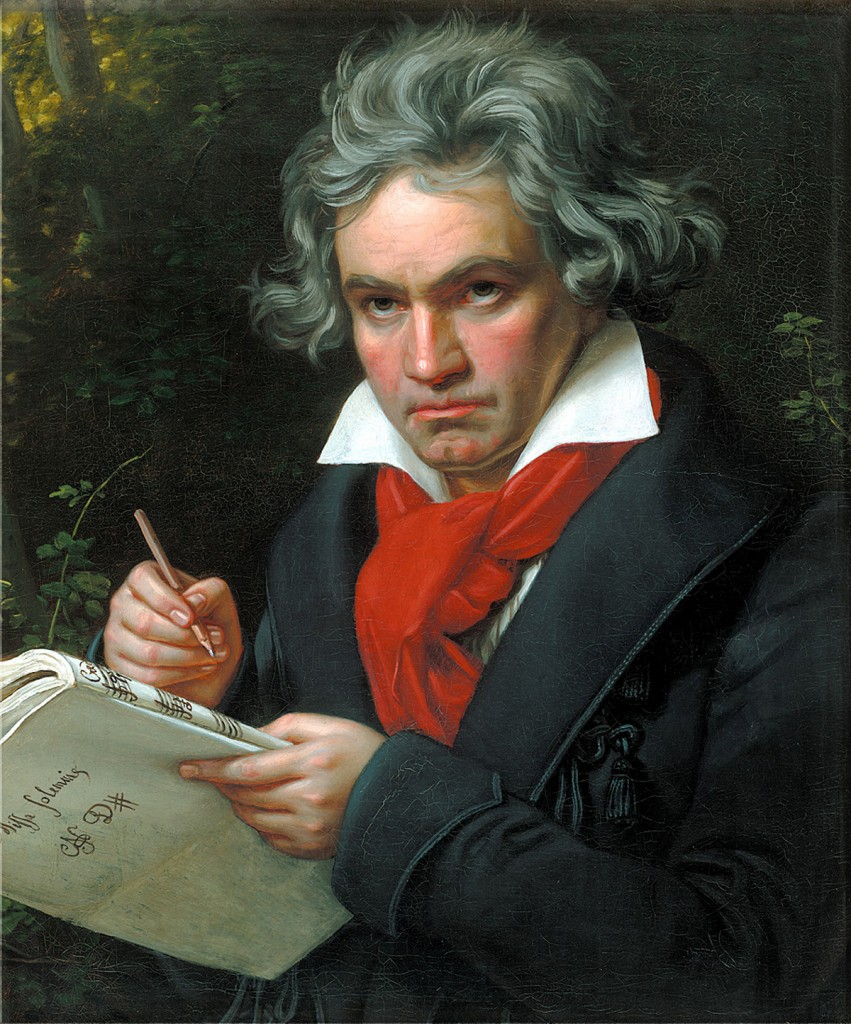 Ludwig Beethoven is considered one of the music geniuses who left behind invaluable creations. New studies are implying that a heart condition helped Beethoven compose his music in spite of his severe deafness.

Doctor Joel Howell, co author of the study and professor of internal medicine at the University of Michigan, believes that his incredible music pieces might have been written with his heart not only figuratively speaking.
As a child, Beethoven was considered a young prodigy of music, and at the age of seven he performed for the first time in public in his hometown, Bonn.

At some point trough his adult life, the composer started to loose his hearing close to deafness. The causes for his deafness have remained unknown, some say that it was caused by a venereal disease or because of his habit of dunking his entire head into cold water whenever he was tired.

Another speculation suspects that Beethoven was suffering from arrhythmia, a name given to irregular beats of the heart. A team of researchers made of a cardiologist, a musicologist and an expert in medical history, have analysed some of the most known pieces of Beethoven and they believe that they are reflecting the irregular beating rhythm of his heart. When the heart beats irregularly because of the disease, it does this in predictable patterns and some of those pattern are thought to be heard in his music, said doctor Howell.

He explained that the connections between our minds and our bodies contours how we experience the world. This happens more intense in the world of music and arts, domain which reflects a person’s most private emotions and experiences.
Cardiac arrhythmia cause irregular beats of the heart, sometimes the heart beats to slow or to fast. Scientists said that some of the music pieces belonging to Beethoven seam to match unexpected heart beats and note changes. This “super” awareness of his heart beat could have been heightened by the loss of his hearing, in this way other senses get more aware.

Yet, researchers have no certainty that Beethoven was indeed affected by this condition, but according to studies, his music compositions might be the music prodigy;s so called “ musical electrocardiograms”.

“(…) There is a possibility that in certain pieces his beating heart could literally be at the heart of some of the greatest masterpieces of all time,” pointed Dr. Zachary Goldberger, a cardiologist at the University of Washington School of Medicine.