You are here: Home / Tech & Science / Goodbye Lovejoy: Comet Bids the Earth Adieu for the Next 8000 Years 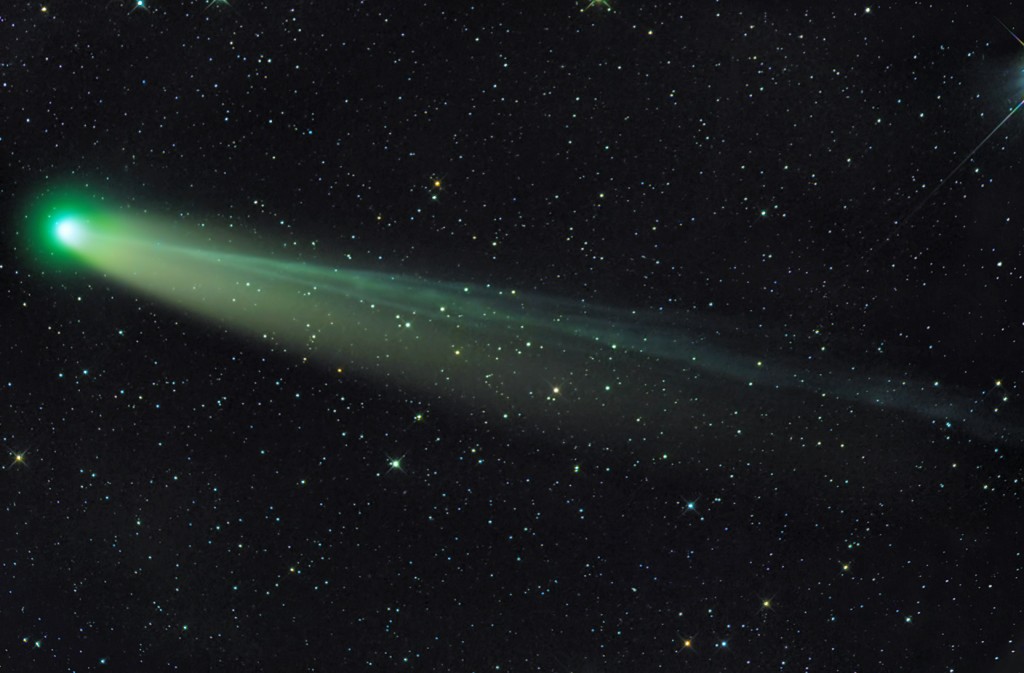 After witnessing a memorable sky spectacle, astronomers now have to finally say: goodbye Lovejoy. Saturday night was the last time when sky-watching enthusiasts had the opportunity (and privilege) to witness Comet Lovejoy with the naked eye. For the following 8,000 years, this will no longer be the case.

Observatories everywhere encouraged visitors to join them in searching for the comet on Saturday night. Comet Lovejoy is unique because of its curiously green and fuzzy light, which sets it apart from all other comets. The “fuzzy little cotton ball of light that differs from the stars,” as the LA Griffith Observatory describes it, isn’t particularly brilliant, as you’d expect other comets to be. But the fuzziness of the comet discovered by Terry Lovejoy was what turned this entire astronomical event into a social media craze, as observers were sharing snapshots of the curious green dot.

Before flying-off into the sunset, comet Lovejoy had transitioned to approximately 2/3 of the way above the horizon. So comet seekers had to first identify the Pleaides and then turn to the right to find what they were looking for.

This social-media star was discovered by Terry Lovejoy, an amateur astronomer who was searching the sky one summer night. Lovejoy was particularly surprised with the fame that the comet he discovered received, especially since his other four comets did not.

“In the last week and a half I’ve had at least a thousand Facebook friend requests.”

Lovejoy said in an interview.

Edwin Krupp, astronomer and director of the LA Griffith Observatory, said that the comet’s tail would not be visible on Saturday, however, the greenish glow of the comet itself would be enough. On January 7th, Comet Lovejoy came closest to our planet: approximately 44 million miles away. However, it is not the proximity of the comet that made it visible to the naked eye, it was the fact that it kept nearing the sun. On the 30th of January, the comet will reach its closest point to the sun.

This event was an astronomer’s dream to witness, Lovejoy noted, as the comet hasn’t graced the inner solar system with its presence for the last 13,000 years. It will return, however, after 8,000.

In the meantime, be on the lookout for asteroid 2004 BL86, as it will also be zooming past our planet and should be easily visible on Monday night.