You are here: Home / National News / Is Dzhokhar Tsarnarev the Attacker Who Has Been Attacked ? 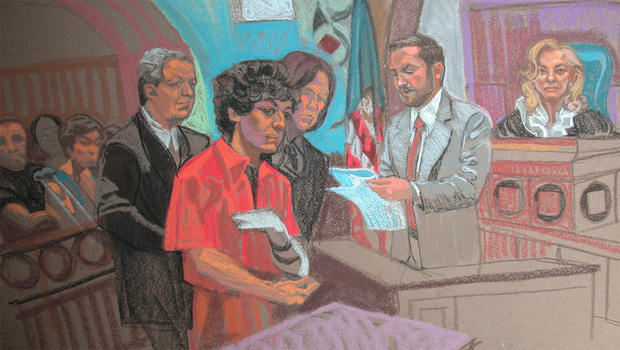 Later this month, the Justice Department will decide the faith of Dzhokhar Tsarnarev, who seems to be guilty for the Boston Marathon bombing. At present, media releases different rumors who left everyone wondering if Dzhokhar Tsarnarev is the attacker who has been attacked and even left blinded and incapable of moving. The Empire News posted on Saturday a story in which Dzhokhar Tsarnarev was found covered in blood in the his prison cell in Ft. Devens Detention Center in Massachusetts. The news went viral and it was spread all over the internet, social networking sites like Facebook, where it had hundreds of shares, and other news-related sites.

However, the news is fake, because the unhappy incident didn’t happen. Dzhokhar Tsarnarev is currently in prison, waiting for his trial that will begin this month. Even if very many people thought it is a real story, fortunately some of the readers pointed out that the Empire News is a satirical site and that nothing that gets written there should be taken as being true. Stories like “Former Vice President Al Gore Arrested For Indecent Exposure” or “It’s Official: New York Jets Moving To Los Angeles, Construction Of Los Angeles Stadium Begins” also caught the eye of those who did know the reality of facts and couldn’t be fooled.

The story raised suspicions even from the beginning, because of the way it was written. Even if the cause of the blood started as being a banana peel – that made him fall on the floor producing a head bounce of 16 or 17 times, the “investigations” that were made by the specialist have shown that this first presumption would not be true and someone must have attacked Dzhokhar Tsarnarev, possibly the Aryan Brotherhood, lead by Miles Smith.

“Yes, it was the brotherhood who took care of that bomber. The other gangs, they wanted him, too. We paid the guards the most money to have a shot. They stood aside, and let us do what we do. On the way out, they shook our hands, told us ‘Thank you.’ Well, You’re welcome. You’re welcome, Boston. You’re welcome, America!”

At the moment, the reality looks worse for Tsarnarev. He is expecting to face death penalty, which is a very rare punishment in federal countries. In the 26th of January, the jury will have to revisit some similar cases that happened in 2011 and 2013. Attorney General Eric Holder admits that the prosecutors have a lack of remorse and that the premeditation of the attacks made by Tsarnarev is evident.