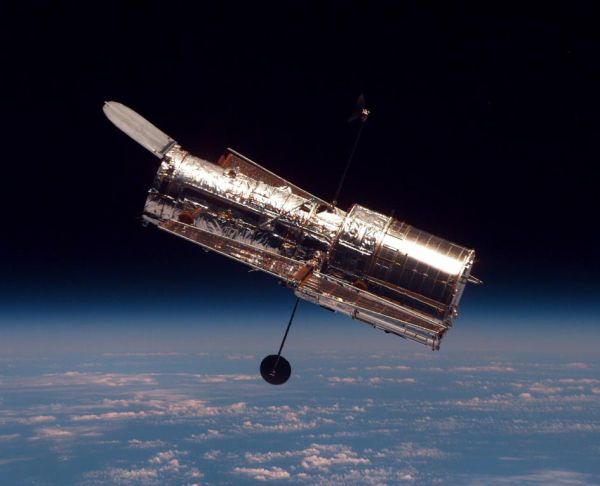 Researchers from the Department of Astrophysical and Planetary Sciences at the University of Colorado Boulder are currently working on an improved version of space telescope that could provide space images nearly 1,000 times sharper than those provided by long-running Hubble.

The new space telescope, dubbed the Aragoscope, is named after a French astronomer called Francois Arago. The new telescope is exclusively designed by the CU- Boulder scientists and involves a brand new technology developed by the university. According to its designers, the space optical instrument would be lighter, slimmer, and sharper than Hubble.

Additionally, the Aragoscope will involve several independent pieces that can be later assembled in space. So, the launching costs of these smaller building blocks will be significantly reduced.

Traditionally, space telescopes have essentially been monolithic pieces of glass like the Hubble Space Telescope. But the heavier the space telescope, the more expensive the cost of the launch,”

said Anthony Harness, one of the researchers involved in the project and doctoral student at the CU-Boulder.

However, the new instrument will not replace Hubble, which is scheduled to be shut down in 5 years time. Last year, Hubble had its fifth and final maintenance service, and it was still in a pretty good shape although one of its six gyroscopes couldn’t be stabilized. Despite Hubble has been operating since 1990, NASA engineers hope that it will make it to its 30th anniversary.

If Hubble remains operational, NASA plans to use it along with its successor, the James Webb Space Telescope, which is scheduled to be launched in October 2018. Astronomers hope that the two space telescopes, which use two different imaging methods, would help them better understand the origins and early evolution of the universe.

But the UC-Boulder team claim that their new space telescope would surpass Hubble with its enhanced capacity of spotting distant Earth-like planets in the depths of a remote universe.

Professor Webster Cash said that Hubble was outdated with its nearly 2.5 meters in diameter and 1970s technology.

The researcher argued that Hubble was limited by the size of the space shuttle that took it to space, since it was monolithically built. The Aragoscope will be bigger than both Hubble and its $8-billion successor. The wider the diameter, the higher the resolution, Prof Cash explained.

The problem is that it gets very heavy as the diameter gets larger unless you make it very thin. The Aragoscope has very thin design but still maintains the optical quality,”

The $100,000 Phase I of the Aragoscope project was funded by NASA. Researchers now hope to get the rest of the money from the space agency this summer.