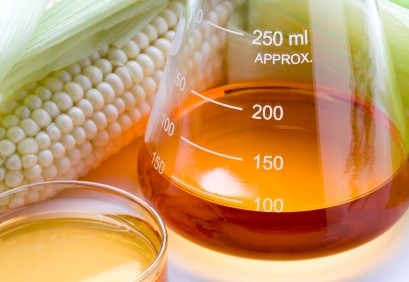 New study found that a high intake of high-fructose corn syrup is linked to lower lifespan and decreased fertility in female mice. Researchers at the University of Utah currently believe that added corn syrup in food products may be the main cause for obesity, diabetes and metabolic problems.

The Utah study revealed that female mice fed with a high-fructose corn syrup dose proportional to the diet of many Americans had more health problems than female mice that ate sucrose or table sugar.

High-fructose corn syrup seems to be linked to reduced lifespan and reproduction problems only in female mice. Male mice weren’t affected by the fructose-glucose mixture found in corn syrup.

Over a 40-week period, one group of lab mice was put on a fructose and glucose monosaccharide diet (a.k.a. corn syrup), while a second group received sucrose. Both mice groups were on healthy diets with 25 percent of their daily calories originating from the above mentioned types of added sugar.

Previous studies have shown that nearly one quarter of Americans follow a diet in which added sugar generates 25 percent of their calories. In the US, 44 percent of the added sugar in diets is sucrose, 42 percent is high-fructose corn syrup, while 14 percent represents other types of added sugar such as honey, according to the new study.

Prof. Wayne Potts, lead-author of the study said that fructose and sucrose might pose threat to public health and needed to be scientifically debated. Mr. Potts also noticed that the diabetes-obesity-metabolic syndrome epidemics started in the US at about the same time when Americans switched sucrose as the main added sugar for high-fructose corn syrup. Today corn syrup represents about half of our daily sugar intake.

In the recent mouse study, female mice that had been on a high-fructose corn syrup diet had an almost twofold mortality rate than female mice on a sucrose diet. Also, the fertility rate was nearly 27 percent lower in the first group of female mice.

Male mice didn’t seem affected by the diets. However, previous studies have shown that male mice on a high-fructose corn syrup diet were less likely to fight for territory and female as compared to males on a starch-based diet.