You are here: Home / Health / Children Sleeping Next to Their Smartphone Don’t Get Enough Rest 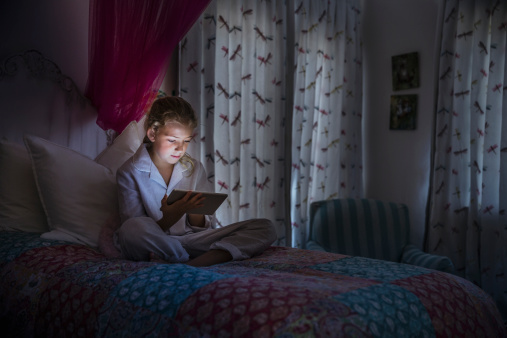 Nowadays every child wishes to own a smartphone or a tablet. Even is these devices are highly treasured by kids, scientists are against children sleeping with the screens near them. A study published in Pediatrics explains that children sleeping next to their smartphone don’t get enough rest and experience a shorter sleep period.

Not getting enough sleep hours can affect health for the long run, and the body can develop obesity problems, heart disease, hypertension and even stroke. Children absolutely need a good night sleep, as they need it for they psychological well being and for school.

However, over the last years, children’s night time sleep has changed drastically and is believed that the boost of technology devices might be the cause behind it. Studies have shown that American youngsters are using technology for the same amount of time as adults are spending at work. There’s almost impossible for a children not to own a smartphone or a tablet, devices which give them access to games, internet, texts, music which keep their focus on the screen.

Before these small electronic objects, researchers pointed towards the tv in a children’s room for disturbing their night sleep. But now, scientists seam really concerned about the bad effects of small screen devices on a children’s health, as they are easier to access and can be held closer to the face and eyes.

Researchers have gathered 2,048 participants from Massachusetts, and analyzed data from 2012 to 2013. The study subjects were in the forth and seventh grade.

They were asked to complete questionnaires and respond to questions like, what time they went to bed for the last week, when they wake up and how many days of the week they felt they needed more sleep. Also, they had to say if they had slept close to a device, such as smartphones, tablets or iPods.
Another question referred to the fact if they had a TV in the room, and how much time they spend weekly on the TV.

For now, the study has been just experimental and scientists need to do more research in order to have a solid base that can demonstrated these facts.
Even so, parents could take this into account and reconsider gifting their children with such devices, or maybe take them away at night.
Image Source: Getty Images