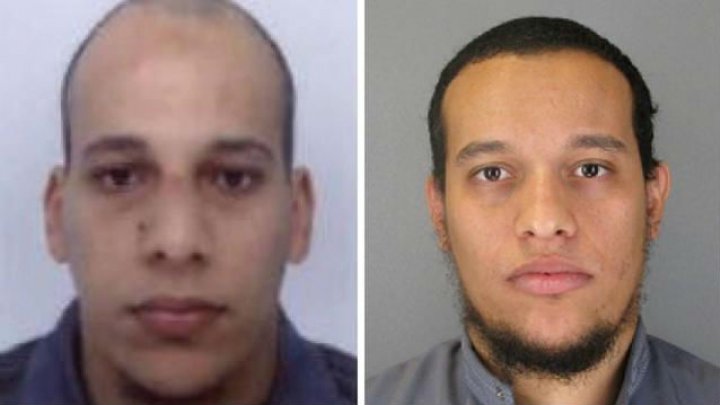 The manhunt for the culprits involved in the Charlie Hebdo massacre continues. Authorities now confirmed that the two brothers are heading north.

Helicopters and police cars are now inspecting the Picardy region where the two armed culprits Cherif Kouachi, 32, and Said Kouachi, 34 reportedly threatened a gas station employee before stealing gas and food. They later drove off from the gas station located near Villers-Cotterets in Picardy.

Police stated they have no information regarding their whereabouts or where they are heading. Prime Minister Manuel Valls has now asked for the Picardy region to be put under the highest level of alert, just like the entire Ile-de-France region, including Paris.

Meanwhile in Paris, people gathered to honor the victims of the attack on Charlie Hebdo magazine. The bells of Notre Dame Cathedral were also rung in memory of the victims.

The Charlie Hebdo magazine is known for its satirical work, but also for one of its cartoons. The publication, considered offensive by some, was ridiculing the Muslim prophet Mohammed. In 2011, on the day the magazine was about to release an issue with a cover mocking the Islamic law, the offices were fire-bombed.

On Wednesday, the department was once again attacked by two armed men speaking fluent French. They entered the building during one of the staff’s editorial meeting. After having separated the men from the women, the two brothers named the cartoonists they were planning to kill.

According to Dr. Gerald Kiered who treated and spoke to the survivors, this was not a random crime, but rather a well plotted execution. The two culprits said their act was a way of avenging the Prophet Mohammed.

When the deed was done, the gunmen ran out of the building, one of them still firing his gun, wounding an officer then shooting him point-blank.

According to Dominique Rizet, BFMTV’s police and justice consultant, the only mistake the criminals made was leaving their car behind. The police searched the vehicle and found and identification card belonging to one of the Kouachi brothers. Officials are also trying to find out if the two are linked in any way to ISIS or al Qaeda.

A third suspect, Hamyd Mourad, 18, turned himself in Wednesday night “after seeing his name mentioned on social media”, according to a source close to the case.

Interior Minister Bernard Cazeneuve stated a total of seven people linked to the attack have been arrested. Unfortunately this doesn’t mean that authorities have any new leads as to where the Kouachi brothers are or where they are planning to go to next.
Image Source: France24