You are here: Home / Tech & Science / Charles Townes, the Father of the Laser, died Tuesday at age 99 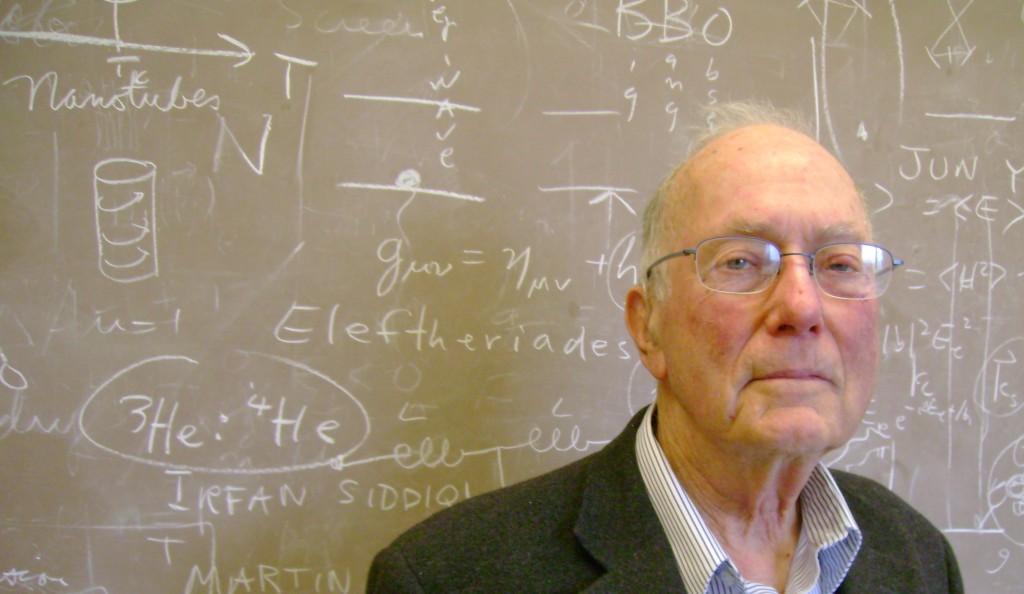 Charles Townes, inventor of the ground-breaking maser and laser and 1964 Nobel laureate in Physics, died Tuesday in Berkley at age 99. Prof. Townes and Mother Teresa were the only individuals to be awarded both the Nobel Prize and Templeton Prize.

U.C. Berkley reported that the professor was in declining health, and he died on his way to a hospital in Berkley, California. In Berkley, Mr. Townes taught Physics since 1967.
Ahmed H. Zewail of Caltech, also a Nobel Prize winner, described Prof Townes as “one of the great physicists of the 20th century.”

His inventions have virtually reshaped the face of modern society. For instance, lasers have a wide-range of applications such as CD/DVD technology, bar codes in supermarkets, military altimeters, speed detectors, and so on.

In medicine, lasers surgeries are known to be less invasive and leave behind fewer scars, lasers can also smooth skin or remove tattoos, and they are very handy in eye surgeries. Astronomers also use masers and laser in their powerful telescopes, while the government uses it in high-speed transfers of data through fiber-optic wires.

Charles Townes was born on July 28, 1915, on a small Greenville farm. He grew up surrounded by nature and developed a real passion for butterflies. At one time, he even considered becoming an entomologist, but he gave up the idea for fear that he would be eclipsed by his older brother, who later indeed founded the American Entomological Institute.

He was soon drawn to physics for its “beautifully logical structure,” as Prof. Townes put it. He graduated the Furman University in 1935 with bachelor’s degrees in modern languages and physics, and got his master’s degree in physics from Duke University one year later.

For his doctorate, Prof Townes studied with the most brilliant scientists of his time including the atomic bomb’s father J. Robert Oppenheimer and photoelectric effect discoverer Robert A. Millikan.

After graduation, Charles Townes found a job at Bell Labs in New York, where he developed his engineering skills and helped at the development of radar-based bombing systems during World War II.

In the 1950s, he invented the maser, while in the 1960s he developed the optical maser, or the laser. In the 1970s, he worked at improving the telescopic power. His findings are still used by today’s most powerful telescopes.

Over his lifetime, Prof Townes was guided by a strong religious feeling even in his scientific work. He said that the invention of the maser occurred to him as a sudden “revelation” while sitting on a park bench. Also in 1996, he told Times reporters that “the fact that the universe had a beginning was a very striking thing.” So, how could one explain the Big Bang without God?

In 1966, he even tried to reconcile science and religion in an article published in Think magazine called “The Convergence of Science and Religion.”