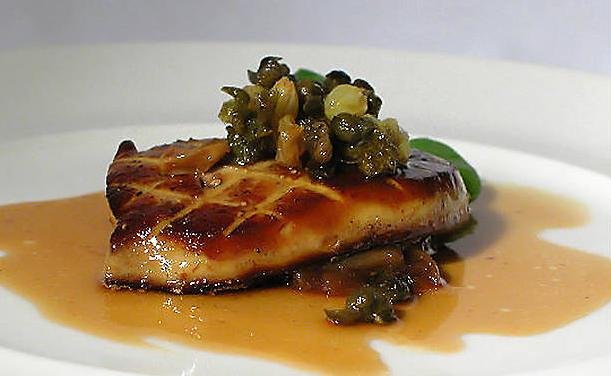 On Wednesday, a federal district judge overturned the ban on foie gras in California. Luxury restaurant chefs were thrilled and promised to serve the traditional French dish that very night, while animal activists planned an appeal.

In California, foie gras sales were banned in 2012 following a 2004 law. This Wednesday’s new ruling allows sales to resume immediately to the delight of most Californian French cuisine chefs.

I’ve been jumping up and down all day. I’ve been waiting over two years for this. Before the ban, foie gras was the most popular item on our menu, and I expect it will be again starting tonight,”

said Chef Ken Frank that had been criticizing the ban for years. On Wednesday, Mr. Frank also said that he would start serving foie gras with persimmons, as well as foie gras and truffle-stuffed capon at the Napa restaurant where he is currently working on Wednesday night.

The new ruling is the result of a 2-an-a-half-year legal battle against California Attorney General Kamala Harris. The plaintiffs were foie gras producers from New York and Canada, and a Californian group of restaurants. They filed the lawsuit the day after the ban was enacted.

In October, the U.S. Supreme Court rejected a preliminary injunction requesting sales to instantly resume. However, U.S. District Judge Stephen Wilson of the Central District of California ruled on a 15-page decision that the 2004 law was “pre-empted” by the federal Poultry Products Inspection Act which states that only the U.S. Department of Agriculture (USDA) can choose what ingredients to be allowed in poultry products.

We think it’s a great day for restaurants and chefs. They’re back in control of their kitchens and menus, and they once again have the freedom to prepare and serve a USDA-approved product to their customers,”

However, animal rights groups were not so happy about the decision.

Wayne Pacelle, chief of the Humane Society of the United States, said in an interview that the ban had been thoroughly documented and debated. The 2004 law, followed a serious-minded debate about the cruel force-feeding of ducks to increase the size of their liver used in foie gras.

Mr. Pacelle now hopes that the 9th U.S. Circuit Court of Appeals would reenact the ban. The state can appeal until February 6, so foie gras lovers are recommended to gorge themselves on their favorite food while the uplift of the ban lasts.