You are here: Home / Tech & Science / The Bowhead Whale Could be the Ultimate Fountain of Youth 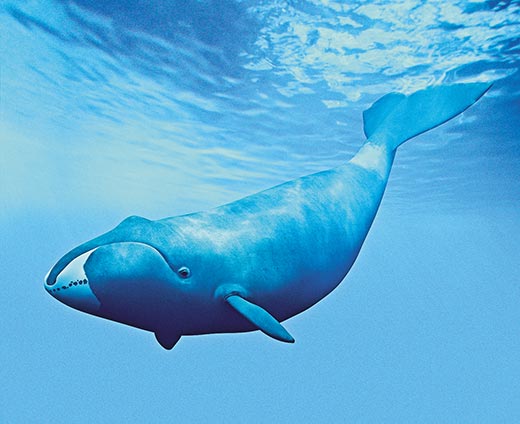 Human’s ultimate dream has to be discovering the fountain of youth and staying young forever. The Bowhead whale could have the answer to stop ageing, and scientists might have discovered the secret behind it.

The bowhead whale lives in the waters of the Arctic ocean and are among the largest creatures on the planet. It belongs to a species of the Balaenidae whale family. They are black and the frontal part of their lower jaw is white. They have no dorsal fin. The bowhead whale can grow up to 20 metres in length, being the second heaviest whale after the blue whale. It’s life span reaches more than 200 years.

Scientists studied the genetic blueprint of the whale’s genetic material and found clues. They believe they have discovered the mystery behind the bowheads whales\s longevity and astonishing resistance to disease.
Researchers compared the whale’s genome to other mammals and discovered differences in the genes of the creature which are related to the DNA’s ability to repair that could give explanations about it’s long lifespan and resistance. This has been the biggest animal whose genetic material has been sequenced.

Doctor, João Pedro de Magalhães genetist at the University of Liverpool, and leader of the study, said in the scientific journal Cell Reports, that they hope this study will allow them to find what is the secret for living longer and healthier and if possible to apply this knowledge on human lives.
When they are fully grown, bowhead whales weight from 50 to 100 tons and 1000 more cells than humans do. According to scientists, their cells have an anti tumour reaction, that is way more effective than the one in the human system, said biologist Mads Peter Heide-Jørgensen from Greenland Institute of Natural Resources and professor at theUniversity of Copenhagen.
Doctor Pedro Magalhães believes that whale cells have a diminished metabolic rate, which decides how much food an organism needs and also it influences how will that organism obtain the food.