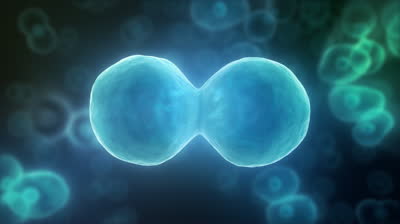 A new study shows that about two-thirds of cancer cases are caused by random mutations when the cells divide. Researchers concluded that the “bad luck” factor is the main cause of all cancers, rather than “bad genes” or unhealthy lifestyle.

The study was conducted by researchers at Johns Hopkins Kimmel Cancer Center. According to it, stem cells can be affected by bad luck mutations when dividing. If these random mistakes are plenty the risk of developing cancer greatly increases since cells can grow out of control and become cancerous cells.

Researchers said that they found that all cancers were caused by a combination of three factors – bad luck, environment and bad heredity. Lifestyle choices such as smoking or unhealthy eating just increase the chance of having bad luck in cell division.

All cancers are caused by a combination of bad luck, the environment and heredity, and we’ve created a model that may help quantify how much of these three factors contribute to cancer development,”

Dr. Vogelstein also noted that people often say about someone who has been smoking all their lives and didn’t develop cancer that they have “good genes” which is just not true. The new study shows that such a person had simply good luck and didn’t develop lung cancer for instance.

Scientists now hope their study that bad luck in cell division is linked to cancer would allow people reassess their risk for cancer and boost further cancer research.

Cristian Tomasetti, professor of Oncology at Johns Hopkins University School of Medicine, said that since two-thirds of the cancer cases have random causes such as a mutation in cell division, changing lifestyle and habits would effectively prevent the development of some types of cancer, but it would have absolutely no effect on the prevention of certain other types of cancer.

Dr. Tomasetti said that people should focus on finding ways to detect the latter types of cancer at an early, curable stage.

In the study, scientists analyzed 31 types of tissues that underwent mutant cell division and compared to the risk of developing cancer in those tissues in a lifetime of an average person. Breast and prostate cancer weren’t studied because the rate of cell division in those areas remains unknown.