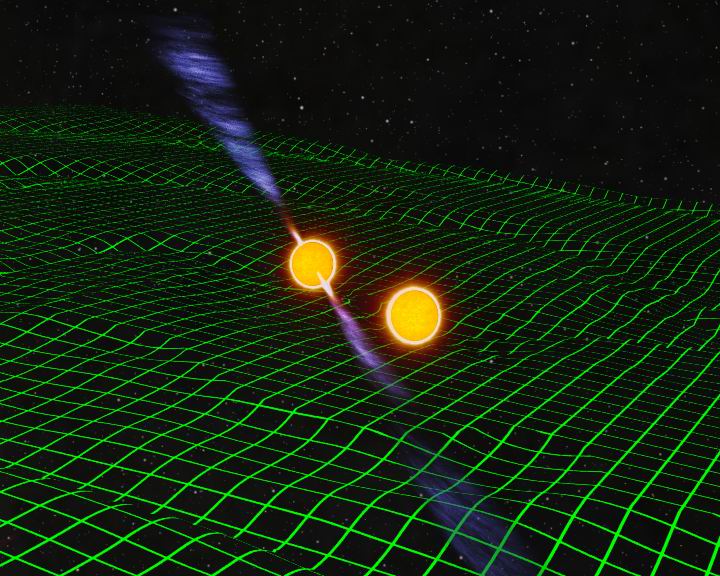 An international team of space experts studied a rare binary pulsar system over the last five years and drew some interesting conclusions before the system disappeared from sight for the next 160 years. The findings were published in The Astrophysical Journal, on January 10.

The binary pulsar system includes two stars – PSR J1906 +0746, a relatively young pulsar, and its companion which researchers believe it to be a white dwarf or a neutron star. The team of astronomers analyzed the binary pulsar system located 25,000 light years with the five largest radio telescopes in the world.

Researchers also said that PSR J1906 +0746 was orbiting its companion star every four hours due to its heavy mass and compact orbit. Imagine Earth orbiting the Sun every four hours. Scientists said that the extremely short orbit of the pulsar was linked to the fact that it is 100 times closer to its companion than Earth is to the Sun. Although, both stars each weigh more than the Sun.

PSR J1906 +0746, and maybe its companion too, is a neutron star. Neutron stars are very dense stars that have emerged from a normal dying star that had exploded as a supernova. Pulsars, or pulsating radio stars, are highly magnetized neutron stars that emit beams (or pulses) of electromagnetic radiation at precise intervals of time. Pulses are so precise that many pulsars can compete with atomic clocks in keeping time.

A pulsar can be observed by Earth-based telescopes only when its beam faces our planet, just like a lighthouse can be noticed when its beam of light points at the observer. However, because J1906 is moving so fast and has such a strong gravitational field around it, it often switches its rotating axis so the beam only sometimes faces Earth (see video).

PSR J1906 +0746 is currently invisible to our eyes because it has recently switched axis. However, researchers said that it would be visible again on Earth in 160 years time.

“We would expect it to come back again eventually … but (that) takes about 160 years. We sort of got lucky detecting the system when we did,”

They also said that the binary pulsar system was very rare. Ingrid Stairs, astrophysics professor at the University of British Columbia and member of the international team of researchers, says that there are currently 2,400 pulsars identified by astronomers, while only ten of those are part of a binary pulsar system.