You are here: Home / World / Al Qaeda In Yemen Confirms Involvement In The Charlie Hebdo Attack 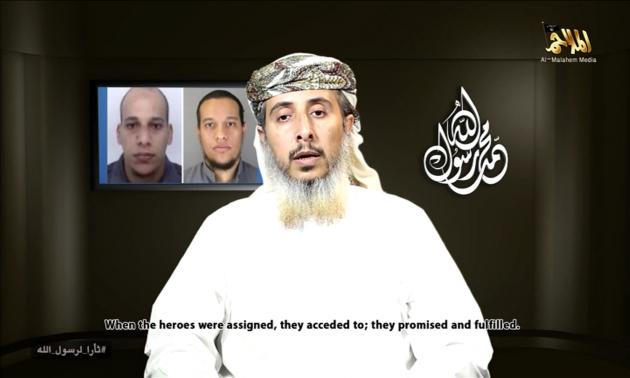 A video in which a member of Al Qaeda in Yemen confirms involvement in the Charlie Hebdo attack was recently posted on YouTube.

Islamist extremists killed a total of 17 people during a three day attack that began last week at the headquarters of the French satirical newspaper as a way of revenging the prophet Mohammed whose image was used by Charlie Hebdo cartoonists in a series of sketches, considered offensive by some.

This is the first time a group publicly admits to having ordered the attack that was led by two brothers, Cherif Kouachi, 32, and Said Kouachi, 34 who visited Yemen in 2011.

In the recording, Nasser bin Ali al-Ansi, a leader of the Yemeni branch of Al Qaeda (AQAP) stated the attack was ordered “as vengeance for the Messenger of God”. He continued by saying that the leadership of the organization was responsible for the target chosen, for the plan that was devised and for the financial investment. There were no names mentioned.

The AQAP ideologue then talked about how the attack was carried out as an order of overall al Qaeda leader Ayman al-Zawahri. Ansi added that the shooting was also made possible thanks to Anwar al-Awlaki, an AQAP propagandist who was killed in 2011 by a U.S drone.

Anwar al-Awlaki’s preachings were cited by one of the gunmen during the attack.

It is still unclear how Awlaki directly influenced the Paris shooting. However, Several militants in the Unites Stated and in Great Britain were “inspired” by his teachings in their acts of violence.

In the video, the Al Qaeda member also talked about the solidarity march that took place in Paris on Sunday Jan. 11. In regards to Western leaders who attended the event he   made the following statement:

“Look at how they gathered, rallied and supported each other; strengthening their weakness and dressing their wounds.”

Authorities are still examining the genuineness of the recording that carries the symbol of al Qaeda’s media group al-Malahem.

In regards to the visit done by Cherif and Said Kouachitwo in Yemen, there are two Yemeni sources that told officials how the two brothers came to Yemen in 2011. The future gunmen allegedly met Awlaki for weapon training purposes. The “lessons” were taken in the eastern province of Marib. A Marib tribe leader denied that people were training in the province at that time or that Awlaki was present in the region.

The President of Yemen, Abd-Rabbu Mansour Hadi, is now worried that his country will now be stigmatised due to the supposed 2011 visit of the Kouachi brothers.
Image Source: Reuters