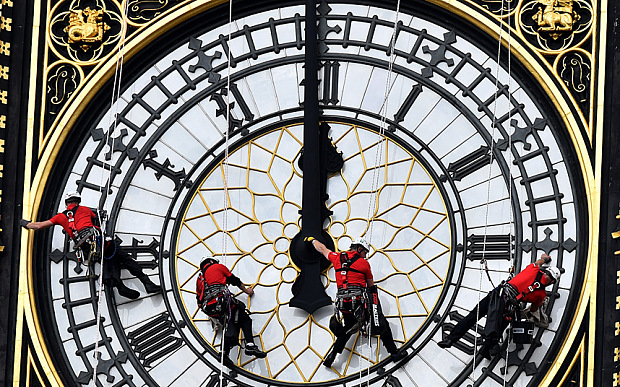 Earth spins gradually slower and slower. The cause of this phenomenon is a decrease in Earth’s velocity induced by celestial bodies, natural tidal forces, earthquakes or weather patterns. If nothing is changed, in 200 years time one hour should be introduced to synchronize Earth’s time with constant atomic clocks. The International Earth Rotation and Reference System Service located in Paris made a decision on this matter.  This year, an extra second will be introduced allowing Earth to catch up with the registered atomic time. The last minute of June 30 will have 61 seconds. As a result, the infrastructure that powers the internet could be damaged.

2012 is the year when an extra second was introduced and it was a serious problem for the Internet. Programs using Java and Linux operating systems, LinkedIn, Mozilla, StumbleUpon, Foursquare, Reddit and Yelp all announced problems. Our dependence on electronic devices that keep track of time and are correlated to atomic clocks like computers, GPS systems, operating systems and many other can face serious difficulties.

Computers and other devices see this leap second as a repeating second and, being a logic operated machine, deduct that something is invalid in the process. For the servers and computers linked to atomic clocks (in an increasing number from year to year) the extra second is an absurd fact they cannot comprehend.

Anticipating the problem, Google’s “leap smear” adds a small amount of extra time for every update of servers and infrastructure. When the leap second would be announced, the time difference for Google’s infrastructure would have already been added. This process began in 2011 and, for new leap seconds that will be counted in the future, it was said that the same method would be used.

The United States argued that problems caused by such second additions are too big and that leap seconds should stop being added. From 1972 to 1979 it was a yearly change, but the process slowed from that time on. Others don’t share the same opinion and support the introduction of leap seconds. One of them is Great Britain. Some African and European countries use Greenwich Mean Time (where the sun is the focal point taken into account for measuring time) and it would be a big obstacle to overcome. It can disrupt almost, if not all, human activities.
Image Source: The Telegraph