You are here: Home / Tech & Science / SpaceX Will Attempt to Land a Falcon 9 Rocket on a Floating Platform in the Ocean 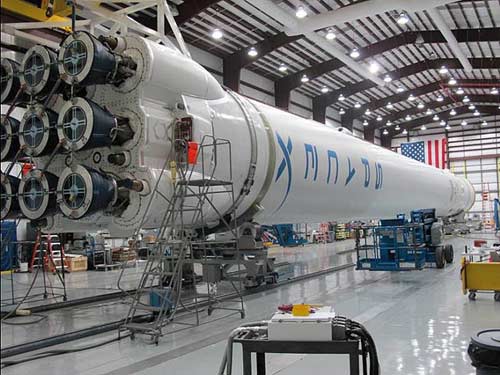 Officials from SpaceX announced that they will conduct simulation exercises to successfully land a Falcon 9 rocket on a floating platform in the ocean.

SpaceX will make an attempt that was never tried before. They will try to land a Falcon 9 spacecraft on a floating pad that is used for launching aircrafts from the ocean.

The Falcon 9 rocket will be used to transport necessities on December 16 to the International Space Station ( ISS ).  The Dragon capsule atop the Falcon 9 booster rocket will separate after the launch and specialists at NASA will safely land it on the floating pad in the ocean.

The Falcon 9 booster rocket is scheduled for launch at 2:32 p.m EST from Cape Canaveral Air Force Station at Space Launch complex 40. This mission will be the fifth transportation mission for SpaceX but the first attempt to safely land a booster rocket on a floating pad in the ocean.

The owner of SpaceX, Elon Musk, thinks that by making this landing possible and allowing them to land a booster rocket safely to be used again in launching procedures will decrease costs in space travels by 99 percent. He also believe that when this process will be successful the possibility of human migration to other planets will be achieved.

Musk also believes that the use of a space rocket as an airplane could eventually cut the costs of space access, thus increasing space tourism and leading to breakthroughs in spaceflight.

The booster rocket Falcon 9 is equipped with four wings that will be used to stabilize the rocket before landing and they will be deployed while ascending and descending maneuvers because each fin can be independently moved.

Last year in April, the company handled the first flight test for the Falcon 9 booster rocket. After liftoff procedures the booster could not be recovered because of weather conditions. In the second run of the flight test, the booster rocked landed in the ocean and was successfully retrieved.

Last year in October, the Antares rocket that was transporting supplies to the International Space Station exploded immediately after it was launched, fortunately the Antares was a unmanned rocket.