You are here: Home / National News / Wisconsin Authorities are Looking into the Weird Death of a College Student 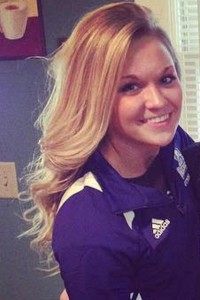 Wisconsin authorities are looking into the wierd death of a college student whose body was found in a restaurant’s 3-foot-by-3-foot dumbwaiter used to serve food to a large party on the restaurant’s second floor. As a result, The WingDam Saloon & Grill was closed Tuesday.

Brooke Baures, former gymnast was enrolled at Winona State University. The body was discovered at around 8 p.m. Monday in the bar she worked- WingDam Bar and Saloon in Fountain City, Wis., according to police officials Police Chief Jason Mork said  that  the dumbwaiter’s mechanism was working properly that night.

The body was found by the employees of the bar who called 911 and the emergency crew took 20 minutes to take the corpse out of the elevator.

So far there are no clues as to how she got there, according to Jason Mork, the sole police officer in Fountain City, a town with only 842 inhabitants on the western edge of Wisconsin along the Mississippi River.

The cause of death remains unknown until Wednesday when the autopsy report will establish which injuries occurred post mortem.

Mork believes the death was probably accidental since there haven’t been any clear traces of a murder, but the investigation continues. No witness was found to bring some clarity into how the woman got into the dumbwaiter. Half of the clients of the and restaurant staff members were interviewed on Monday, but no one spotted Baures entering the elevator.

The police officer said that using the dumbwaiter was not really something the employees of The WingDam Saloon & Grill had done in the past. The Fountain City officer added  that he does not believe that Baures might have had any reason to try and travel between the floors of the restaurant in the tiny elevator.
One of the restaurant’s owners Jason Puterbaugh, stated that Baures had been a part-time server and bartender for approximately two years and was a very easy-going person.  According to the same source her responsibilities as a food server involved using the dumbwaiter though it is difficult to venture any further and say if this responsibility might have led to the student’s death.

Baures’ colleagues mourn the death of the student majoring  in social work and say the young woman was a team leader and a good gymnast.

The university is setting up an 8 p.m. candlelight vigil on Wednesday at the alumni gazebo in the center of the campus.