You are here: Home / Health / Waiting Rooms Have a Bad Magazine Selection Because of Stealing Patients 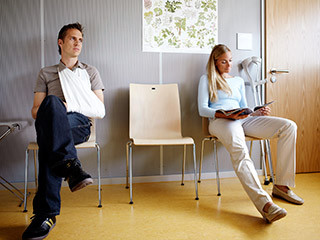 Bad magazines in the doctor’s office aren’t caused by a lack of interest in good reading material, a new study published in the British Medical Journal’s Christmas edition suggests. According to scientists, waiting rooms have a bad magazine selection because of stealing patients, who simply take the good ones with them on their way out.

Published on the 11th of December, the study highlighted the bad fate that current magazines have in doctor’s offices. Bruce Arroll, a doctor who teaches at the University of Auckland in New Zealand, decided to put the theory to the test and see what happened to magazines in waiting rooms. He gathered up 87 current and old magazines and placed all of them in his practice’s waiting room.

After just a month, Dr. Arroll said, 41 magazines were missing. Unsurprisingly, people would steal current magazines if they were lying around. The doctor made sure that his own staff had not taken any of the magazines.

And while it is true that current magazines got stolen more often than older magazines were (60 percent as opposed to just 29 percent), Dr. Arroll noticed that there was a particularity with the “stealing pattern”. The magazines most likely to be taken home by patients were gossip magazines. Although the names of such magazines weren’t revealed, they were defined as being those magazines with at least 5 celebrities portrayed on the cover. If more than 10 celebrities were on the cover, the magazine earned the title “most gossipy”. Out of a total of 27 gossip magazines, 26 were stolen. On the second position, magazines such as National Geographic or BBC History were also likely to be stolen, leaving economy issues and politics for the least likely to have been grabbed by patients.

Of course, the entire study speaks for the lightheartedness of the December edition of the BMJ: despite the fact that over 3,000 patients passed through Dr. Arroll’s waiting room during the test month, such behavior is only characteristic for one doctor’s office in New Zealand, so that different populations could produce different results.

So if you’re trying to ensure quality and up-to-date content, decide on buying magazines centered around economy and politics: not because they bore patients but because they are the least likely to be taken away.