You are here: Home / Health / The Quality of Semen a Marker of Other Health Conditions Found in Men 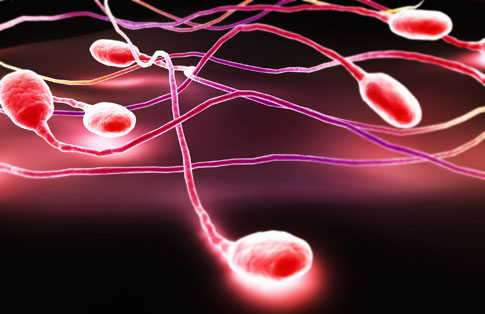 Lead author of a study conducted, Dr. Michael Eisenberg, said that there is a connection between the quality of sperm and the health of men.  Also this points to the fact that men who have these issues are more likely to develop other conditions related to hormones, skin and circulation.

Dr. Eisenberg is the leader of the surgery and reproductive medicine department at the Stanford University School of Medicine from California. He conducted this study by using simple but specific information, the fact that men who are not healthy produce low quality sperm. The doctor also stated that smoking and obesity are widely known to decrease the quality of semen but in terms of fertility and other conditions new information is being revealed.

In the study presented, scientists examined the database of Stanford since 1994 to 2011. The database consisted in the medical records of 9,387 individuals who had fertility issues and experts used that information to estimate an overall score.

Scientists used the Charlson Comorbidity Index for these evaluations. The index is basically a scale that measures the current living conditions of participants in the study and based on the results it predicts the risk of death in the next ten years. Researchers also examined the concentration, the quality and the volume of the cells in the sperm samples.

The study revealed that approximately 31 percent of men that were categorized as in good health had one semen abnormality and 14 percent did not present any issues or abnormalities at all. The rest of men were discovered to have more than two abnormalities in their sperm samples. Also many of the men who had two or more abnormalities had heart disease, high blood pressure and vascular problems. Men with skin and urinary conditions were also discovered to present semen anomalies.

Dr. Joseph Alukal from New York said that other research in the past uncovered that one out of six men that presented infertility were diagnosed with another major condition. He also referred that the human body and its intelligent design may cause men with dangerous conditions to develop infertility as well, as a mechanism of defense so that genetic conditions will not be passed on to their children.

Both doctors, Alukal and Eisenberg, encourage men to take yearly health exams at clinics or hospitals. Recent statistics show that many of them go years without getting a full body examination, thus increasing the risk of conditions that can develop because they are not caught on time by experts.