You are here: Home / Tech & Science / The Hovering Ability of Hummingbirds Interrupted by Movement of Other Objects 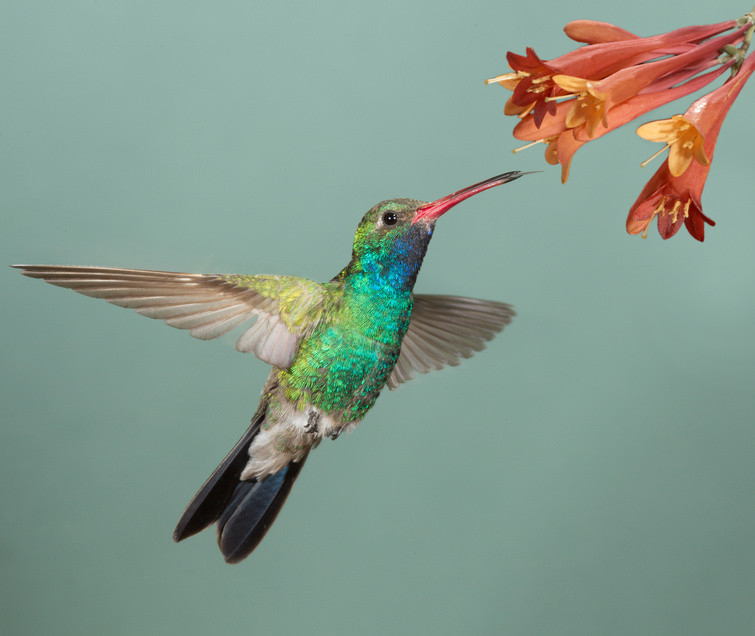 Hummingbirds have always intrigued us with their incredibly fast flaps of their wings and agility, but recent observation of these birds have shown essential information in this matter. Researchers discovered that the hovering ability of hummingbirds can be easily interrupted by moving objects in their visual field.

The hummingbird has the ability to fly in place or hover, much like a helicopter. This helps them feed on the nectar of flowers while in flight. Researchers were amazed by this mechanism so they investigated the hummingbird’s ability to feed while flying.

When conducting this investigation, two scientists from the University of British Columbia, found that the bird’s ability to hover can be easily disrupted by background movement in its field of view. By studying the hummingbird’s ability to fly in place, scientists expect to find more information about how birds process visual information inside their brains while flying or during free behavior.

Douglas Altshuler and Benjamin Goller, the lead authors of this study, found out that the bird’s concentration can be disrupted by moving images. They used projected images placed behind the bird’s source of food and observed that it caused them to drift away from it even if they made efforts to try reaching the food. According to researchers, it’s not the presence of new images that interfere with their ability to hover.

Even after the birds were allowed to get familiarized with the images they still presented difficulty in reaching their food source. After this test, researchers concluded that the hummingbird isn’t able to adapt to moving images while flying in place, even if their lives depend on it.

The two researchers came to the conclusion that only moving images interrupt the hovering of the hummingbirds while images that are static present no effect on their ability to fly in place. Even more, scientists believe that the bird’s ability to hover is only possible by stabilizing any movement in their sight. Despite the fact that the hummingbird has exceptional mapping abilities and an advanced visual processing, their ability to fly in place is very sensitive.

These birds are known to be very vulnerable while feeding, thus their ability to feed while hovering has led researchers believe that they developed a sensitivity to their visual motion detection method as a survival trait that could prevent them even from eating.