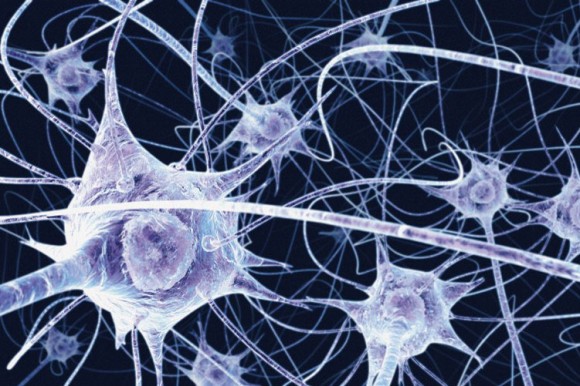 A study conducted by an international team of scientists may have found the solution for damaged spines: a chemical compound they have been developing reactivated paralyzed muscles when administered to trial animals. A staggering 80 percent of the affected animals experienced benefits after being administered the substance.

This new substance acts on nerve cells that have been cut, causing new connection to bridge the break. Scientists administered the compound to 26 animals. Out of the 26 laboratory animals, 21 showed significant improvement: they recovered the ability to move and urinate following the administration of ISP (intracellular sigma peptide).

Such a discovery is unprecedented, experts say. There is still no way of healing broken spines and despite the extremely rare cases when people regain function, most of spinal injury patients are forced to carry on their lives in wheelchairs. There are several methods that have shown results: injecting stem cells or transplanting nerve tissue. Another option is represented by neurostimulator implants, but these are all invasive procedures.

Jerry Silver, Neurosciences Professor at the Case Western Reserve University School of Medicine and lead author of the study is exhilarated at the idea that his research could pioneer advances in the treatment of spinal cord injuries. He explained that he and his team were thrilled at the idea that millions of patients could, someday, regain movement even after such spinal cord injuries.

A novel agent such as ISP would allow the treatment of patients without the need for invasive procedures. ISP allowed the lab animals to recover significant function and, for any patient with spinal-cord injuries, even just regaining bladder control would be a significant improvement on their quality of life.

The reason why recovery is next to impossible is the fact that scar tissue formed around the injury does not allow nerve cells to reconnect with one and other. Even when they attempt to send out axons (which connect neurons with one and other and neurons to effector cells such as muscles), scar tissue blocks access across the breach. Proteoglycans are to blame: these sugar-covered molecules gather as scar tissue at the site of central nervous system injuries. They make it impossible for delicate axons to create connections to other nerves.

Damaged nerve cells, Silver explains, stick tightly to proteoglycan molecules. Attempting to counteract this, the team created the compound that would prevent nerve cells from recognizing proteoglycans and came up with ISP. It fits into specific nerve cell receptors that works like a docking port: because the substance is already taking up space in the port, nerve cells can no longer stick to the proteoglycans.

“Our animals are not just walking a little bit better. When they respond, they walk a lot better.”