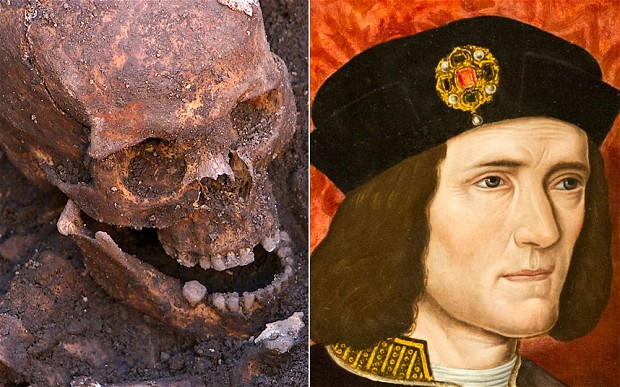 Scientists have discovered a strange aspect after they studied the DNA of King Richard III. They found out that modern relatives share a different genetic code, which suggests that King Richard III or other members of his royal family were illegitimate.

It is a known fact that King Richard III had no offspring of his own, so geneticists had to trace the descendants of Edward III, King Richard’s great-great-great grandfather.
The Y chromosomes are passed from father to son so Edward must have passed his Y chromosomes to his grandson Richard. The same thing applies for his modern day descendants.

The strange thing scientists discovered is that the descendants of King Richard III do not have the same Y chromosome as him. The researchers believe it’s possible that King Richard III may not have royal bloodline. The controversial discovery would mean that Richard did not have a right to the throne. Also, later kings may not have had royal blood.
One of the researchers involved in the study, geneticist Turi King said:

“The fact that we do not find a match between the living male-line relatives and the skeletal remains is not at all surprising to me. We knew from work that I, and others, have carried out in the past that the incidence of false-paternity, where the biological father is not the supposed father, is historically in the region of 1-2 per cent per generation.”

“Even using a conservative rate, we knew there was a ~16 per cent chance of finding there would be a false-paternity in this chain.”