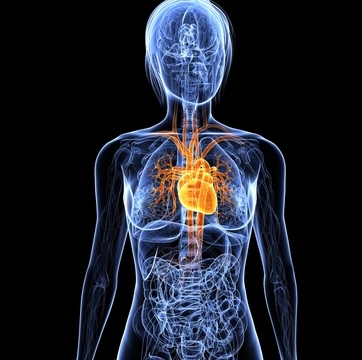 The well-established cardio-vascular risk factors are already known in the medical world: high blood pressure, diabetes, tobacco consumption and obesity. However, a new risk factor may have been identified by scientists: there may be a link between a woman’s first menstrual cycle and heart disease risk.

Dr. Dexter Canoy was the researcher taking the lead on the study conducted at the University of Oxford. Canoy and his team monitored approximately 1.3 million women aged 50 to 64 for over 10 years. What the scientists discovered was that an extreme age at which menstruation began negatively influenced the woman’s risk profile later on in life. Had her first menstrual cycle commenced at age 10 or younger, or had it begun after she turned 17, the woman was at a higher risk of developing high blood pressure (and its complications), stroke or heart disease.

The ideal age, the researchers said, was 13. Canoy’s team analyzed hospitalization rates as well as deaths from heart disease, strokes and high blood pressure. The group of women whose first menstruation cycles started before they had turned 10 or after they had turned 17 had a 27 percent increased risk of being hospitalized or dying from heart disease, a 16 percent increased risk of death or hospitalization following a stroke and a 20 percent higher risk of hospitalization or death following the complications of high blood pressure.

To ensure the accuracy of the results, researchers accounted for smokers vs. nonsmokers, weight and other socioeconomic factors.

According to Dr. Dexter Canoy, the study offers an important insight into the risks associated with first menstruation cycles and heart disease. The scientific world was already aware of the protection against cardiovascular disease that premenopausal women had, however, looking into the age at which menstruation cycles first occur may offer new therapeutic avenues.

Childhood obesity should be addressed next, Canoy said, especially since a higher BMI (body mass index) is associated with an earlier onset of menstruation.

“Public health strategies to tackle childhood obesity may possibly prevent the lowering of the average age of first menstrual cycle.”

This study was featured in the journal Circulation, published by the American Heart Association.