You are here: Home / Tech & Science / Rosetta Spacecraft Used to Determine if Comets are Involved in the Origin of Water on Earth 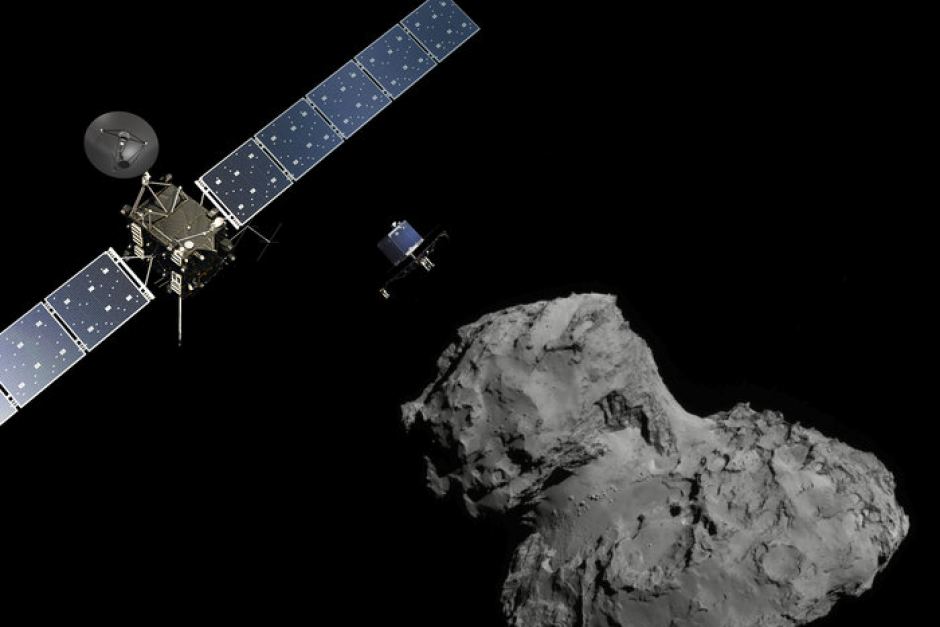 The European Space Agency used probes to gather information regarding the origin of water on earth and determine if comets were involved in this matter.

Experts have conducted several studies to determine whether Eath’s water came from comets, asteroids or some other way. The European Space Agency has used the Rosetta spacecraft to analyze water from a comet called 67P/Churyumov-Gerasimenko and discovered that it  is not similar to Earth’s water.

Scientists have been trying for some time to figure out how water originated on Earth and they hoped that by studying the space rock 67P will provide an answer to their questions.

The Rosetta spacecraft has reached the comet 67P in August. Since then experts have used information provided by the instrument ROSINA which is attacked to the spacecraft and detected water vapors around the space rock.

At the University of Bern in Switzerland, scientists have already analyzed the water from 67P and found high levels of deuterium, which is a hydrogen isotope.

The leader of this research, Kathrin Altwegg, said that after the closer examination of the water from 67P they discovered that the levels of deuterium found were about three times higher than levels found in Earth’s water. Scientists have also discovered other space rocks which they analyzed in regard of this matter and found out that some have the same levels of deuterium found in water on Earth, thus pointing a similarity between water found on comets and Earth’s water.

A comet that presented such traits was Hartley 2. The professor that made this observation, Edwin Bergin, pointed the fact that asteroids had a better chance of intersecting with Earth’s path. This information was revealed when Bergin studied the motion models of asteroids and comets found in our solar system. Even after these results, Edwin Bergin said it is yet too early to conclude if they were responsible for the creation of water on our planet because further research must be conducted if scientists are to find out if these asteroids contained the right levels of substances to lead to the creation of oceans.

Specialists doubt that this will be the end of research in this matter. There are speculations of many pockets of frozen water on the comet 67P that may contain different levels of deuterium that may only surface when the comet heats up as it passes by the Sun. Also experts believe that 67P is made from two different rocks that took shape separately before they crashed into each other.

Specialists at the European Space Agency believe that data gathered by ROSINA could have been more accurate if it wasn’t for the loss of the probe Philae. This probe successfully landed on 67P in November and has shut down because of a lack of solar power.

Kathrin Altwegg said that experts had a plan to compare the data from ROSINA with information obtained by Philae, which could measure molecules in other ways, but the loss of the probe gave scientists troubles in finding answers in this matter.