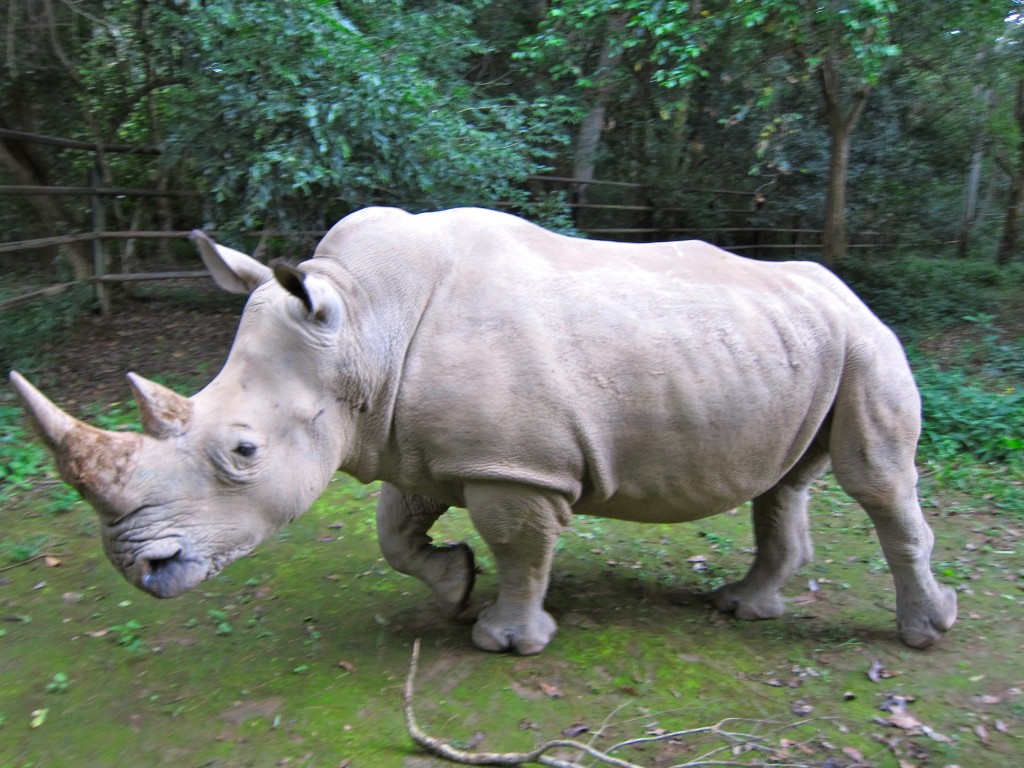 There are several unique species that are on the brink of extinction and as of Sunday, the Northern White Rhino Population decreased to five, as the sixth representative of the majestic species died of old age.

Estimated to have been approximately 44 years old, Angalifu lived at the San Diego Zoo Safari Park after being brought from a zoo in Khartoum, Sudan in 1990. The animal was refusing to eat for over a week, the Los Angeles Times reported.

There are only five more representatives of the northern white rhino species alive today. Fatu and Nabiro, two of them, lived at the Dvur Kralove Zoo in the Czech Republic but only one remains. Another elderly female lives at the same safari park where Angalifu lived while three more rhinos were brought to Africa.

Experts attempted to increase the chances of successful mating by bringing the animals to the wild. Sadly, even these efforts were in vain and the northern white rhino is expected to become extinct in the near future. Workers at the San Diego Zoo attempted everything to make Angalifu mate: they sawed the horns of other female rhinos off so as to prevent them from chasing Angalifu away, alas, to no avail. The animals did not reproduce, so the zoo collected and maintained samples of semen and testicular tissue to be used in the future.

“More than two decades ago we started working with the species here at the Safari Park,”

said Barbara Durrant, who works at the Institute of Conservation Research in San Diego.

All rhinos that experts attempted to mate were of old age and every breeding effort failed. Conservation officials in Kenya encountered the same problem and last week, they admitted that their efforts at the Old Pejeta Conservancy also remained fruitless. Granted, Richard Vigne, the chief executive of the Old Pejeta Conservancy said, they all knew that the chances of success were very slim.

If and when scientists produce new reproductive technologies, zoo workers will attempt to use the semen and testicular tissue that collected from Angalifu in perhaps the last effort to revive this majestic species.