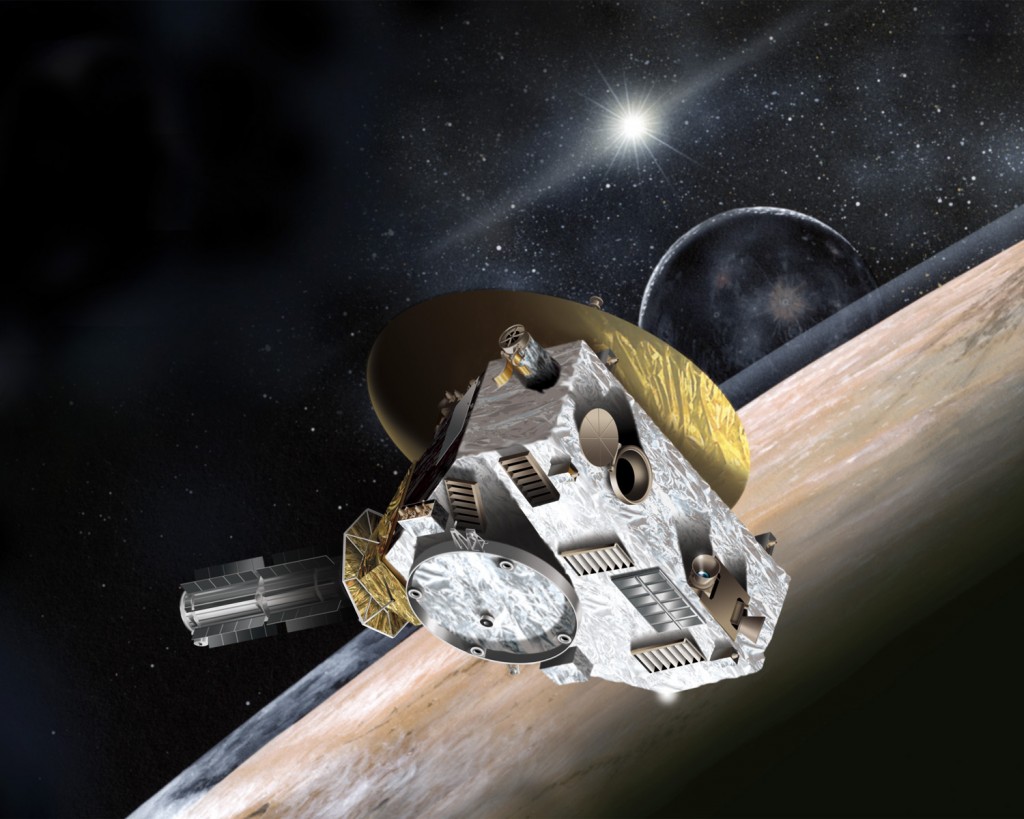 NASA announced that in 2015 the New Horizons probe will meet Pluto. Officials say that the spacecraft has successfully emerged from hibernation after a nine year trip to Pluto.

The spacecraft will start the close observation of Pluto on January 15, just four days before its anniversary launch nine years ago. The probe was launched in 2006 and it flew 3 billion miles to reach its destination.

New Horizons had 18 periods of hibernation planned during its trip to Pluto, unlike the Rosetta mission who went in one single deep hibernation during its flight. During each of these hibernation periods, the New Horizons probe wasn’t completely shut down. The computer of the probe was constantly monitoring the hardware of the device and it transmitted weekly messages to Kennedy Space Center regarding the ship’s integrity and status.

Officials say that the spacecraft is now still 162 million miles away from Pluto. When the spacecraft woke from one of its hibernation periods it has sent pictures of Jupiter and some of its satellites that took 4 hours and 26 minutes to reach Earth, despite the fact that transmissions travel at the speed of light. The signals from New Horizons were captured before 9:30 p.m ET, by a giant antenna in Australia, and were redirected to John’s Hopkins University of Applied Physics in Maryland.

NASA official announced that the hibernation period for New Horizons is officially over, and before the probe will begin its observation of Pluto next month it will receive a full systems check-up. The probe will provide high resolution images of Pluto and its satellites and it is scheduled to get close to the planet on July 14, 2015.

New Horizons probe is carrying different high tech instruments that will help it in accomplishing its mission.The instruments on board of the New Horizons spacecraft include advanced imaging infrared and ultraviolet spectrometers, a compact multicolor camera, high resolution telescopic camera, two powerful particle spectrometers and a space dust detector. NASA officials say that all the instruments are functioning as they should and will provide accurate data when the probe will begin its mission. The pictures that New Horizons will provide will be better than those took by the Hubble telescope, NASA says.