You are here: Home / Health / New Chimp Virus Vaccine Could Respond to Ebola 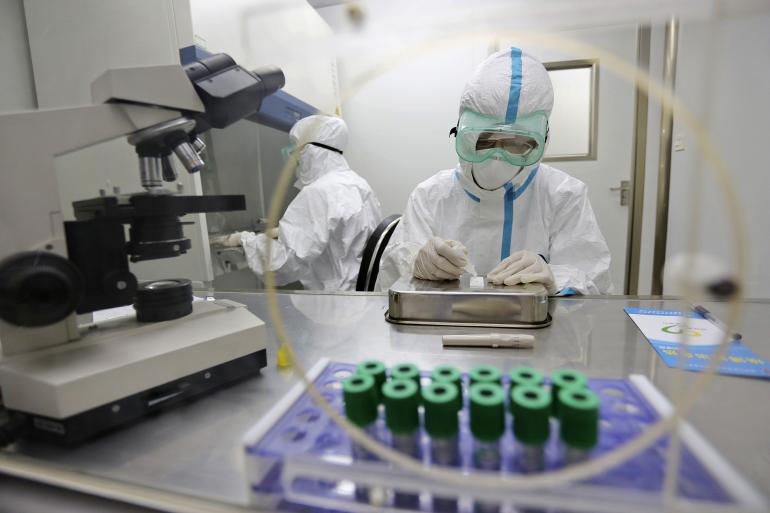 The experimental Ebola vaccines that the U.S. officials are about to test in Africa might prove to be effective. Researchers have developed an improved vaccine based on its predecessor created a few years back. A new chimp virus vaccine could respond to Ebola.
The earlier vaccine given in 2009 and 2010 to more than 100 inhabitants of Uganda claimed to have produced antibodies that could protect a person against Ebola infection.

The U.S. National Institutes of Health (NIH) is setting sails on spreading a new Ebola vaccine around west Africa. The vaccine is called chimp adenovirus type 3 and it is based on a cold virus found in chimpanzees. The vaccine is using the virus taken from a chimp to send small parts of Ebola, genetic material to human cells, procedure meant to create an immune response against the infection.
The chimp adenovirus seams to be very well received by the human body, which leads researchers to believe that it would be more efficient than the first vaccine, which used a different type of DNA.

For the similar pre vaccine from 2009, 108 healthy adults in Uganda, with ages between 18 to 50 were randomly chosen to receive either the Ebola virus vaccine, another vaccine meant to prevent Marbug virus, both vaccines at once or a placebo.

In eight weeks the group of people were given a number of three vaccines. At the end,  researchers checked the status of their health an body response. Both vaccines have shown to be safe, no matter if given separately or together and both boosted the immune system.

Still, in spite of half of the participants’s bodies having developed antibodies, they didn’t last long, as researchers discovered that after 11 months from vaccination the levels have gone down to zero.

It is expected for the new vaccine, to produce a more powerful and long lasting response. Researchers are planing to use the same group of people in Uganda, by boosting their previous Ebola vaccination, but this time they will be using the vaccine based on the chimp virus.

Canadians are going to test their own vaccine in West Africa as well. Their vaccine follows the same pattern but different viruses. Canadian experts are using a virus found in horses and cattle called vesicular stomatitis, a virus coming from the same family as rabies. Infecting humans with it would create symptoms similar to flu.
Image Source: I B Times