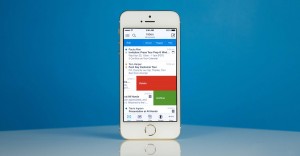 Microsoft purchases Acompli, a free email platform for $200 million and might integrate it with Outlook, announced Rajesh Jha, corporate vice president of Microsoft’s Outlook and Office on Monday, after unintentionally leaking the information on his blog before Thanksgiving.

The purchase is part of a current strategy to provide the best output experiences across mobile platforms, according to the same source. The official suggested that Acompli will probably merge with the Outlook team.

The Accompli team is made of about two dozen employees which will be joining Microsoft. The business started a year and a half ago and was initially funded by Redpoint and others looking for professional mail tools for mobiles such as managing email or sharing files.

The free email application was created for both iPhone and iPad and works with Microsoft Exchange, Outlook.com, Hotmail, MSN, and Office 365, as well as Apple’s iCloud, Google’s Gmail, Yahoo, and many others. However, the application is not accessible on Microsoft’s Windows platforms, including Windows Phone.

At Microsoft,  Acompli  will be an independent group designing  email tools and products for IOs and Android, after the app had been already supported by Microsoft Exchange email as well as Office 365 for file access.

Representatives of the two companies say the acquisition will bring enhanced opportunities for the two businesses to connect their products.

Notably, the new owner of Acompli does not intend to dismiss support for competing email services in the application as Gmail or iCloud for instance. Various original users of Acompli were in fact those who benefited of Microsoft’s competitors’ products. To put it simply, this deal puts Microsoft in a position where it will be owning an email client app that supports business customers who have strayed away from the giant or who never used  its services.

Many of the details of the deal are however not public .There is no information on whether Acompli  will undergo a rebranding process or  will eventually be sold  in a typical Microsoft bundle deal along with other products.

As for Microsoft, this acquisition is clear evidence of the company’s growing interest in mobile products; a sign of going with the trend instead of outside of it, as it has previously done.

In the same way,  Microsoft and Dropbox also signed a collaboration aiming at deeper integrations of the two companies, even if Microsoft owns  OneDrive, DropBox’s  direct rival.

Microsft’s interest is not surprinsing though, taking into account  Acompli already had several ongoing enterprise pilot programs with Fortune 500 companies.