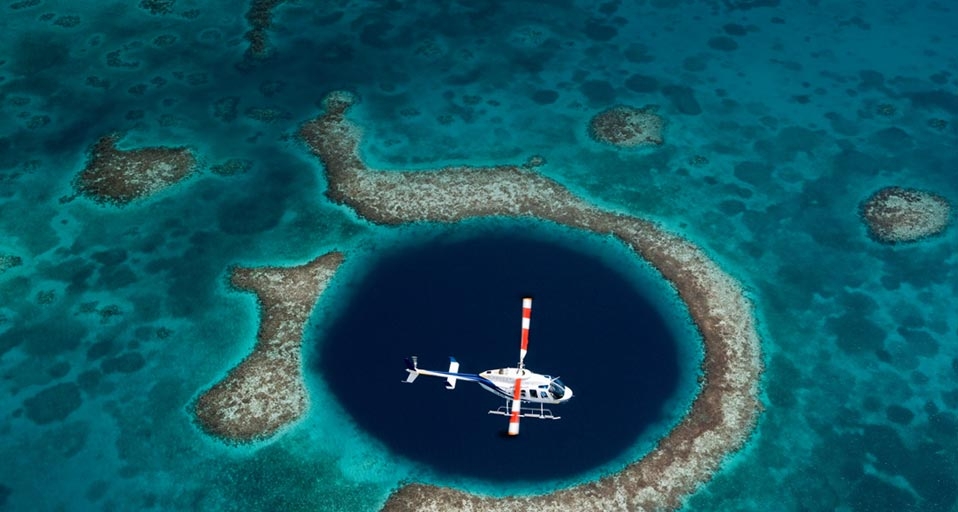 After analyzing the sediments inside two underwater caves nearby the coast of Belize, researchers found that the Maya civilization might have gone extinct after two one-hundred-year long droughts. The sediments revealed that there was a major drought in the islands between A.D. 800 and A.D. 900, two centuries before the Mayan people vanished.

During their research, scientists analyzed the minerals from the Great Blue Hole, a large submarine sinkhole located in a lagoon near the Belizean coast. The sediments gathered there revealed that there were two periods of prolonged drought that led to the Maya civilization’s extinction – one between 800 and A.D. 900, and another between 1000 and A.D. 1100.

Researchers said that between those two droughts, Mayans moved north, but they completely vanished from records after the second dry spell.

André Droxler, lead author of the study and researcher at the Rice University, said that this wasn’t the first time somebody linked the Mayan culture’s demise to a long period of drought. However, the new findings confirm that the dry periods were the culprit since data covered several areas were the Mayan culture flourished about 1,100 years ago.

The team of researchers gathered sediment samples from two Belizean sinkholes – one located in the Lighthouse lagoon, and another one within the Rhomboid reef. The sinkholes are surrounded by thick walls of coral reef making divers job a little bit complicated.

Researchers say that when there’s a rainy period on the nearby coast, rivers and streams bring sediments to the lagoon that get deposited at the bottom of the lagoon. In time, several layers of sediments pile on top of each other allowing researchers to learn what happened on each chronological period of the islands climate.

Dr. Droxler said the Great Blue Hole was like a “big bucket” and a “sediment trap”.

Dr.Droxler and his colleagues analyzed the amount of titanium and aluminum in the sinkholes to tell which sediments layers were associated to a drought season and which were linked to a wetter period.

The team of researchers said that when there were heavy rains on the islands, the streams would wash away all the volcanic rocks present there and bring them to the lagoons’ floor. Volcanic rocks are rich in titanium, so low ratios of titanium to aluminum in the layers pointed at dryer seasons.

Researchers found that when the Maya civilization vanished (between A.D. 800 and A.D. 900) only two tropical cyclones occurred every two decades, rather than the usual five or six. Less cyclones meant less rainfall.

After A.D. 1000, Mayans moved north where they built the ancient city of Chichen Itza (located in the municipality of Tinum, Yucatan). However, a second long-lasting drought (between A.D. 1000 and A.D. 1100) led to the fall of Chichen Itza and Mayan culture’s demise.

Image Source: Is Started Something