You are here: Home / Tech & Science / Make a Wish Tonight During the Geminid Meteor Shower 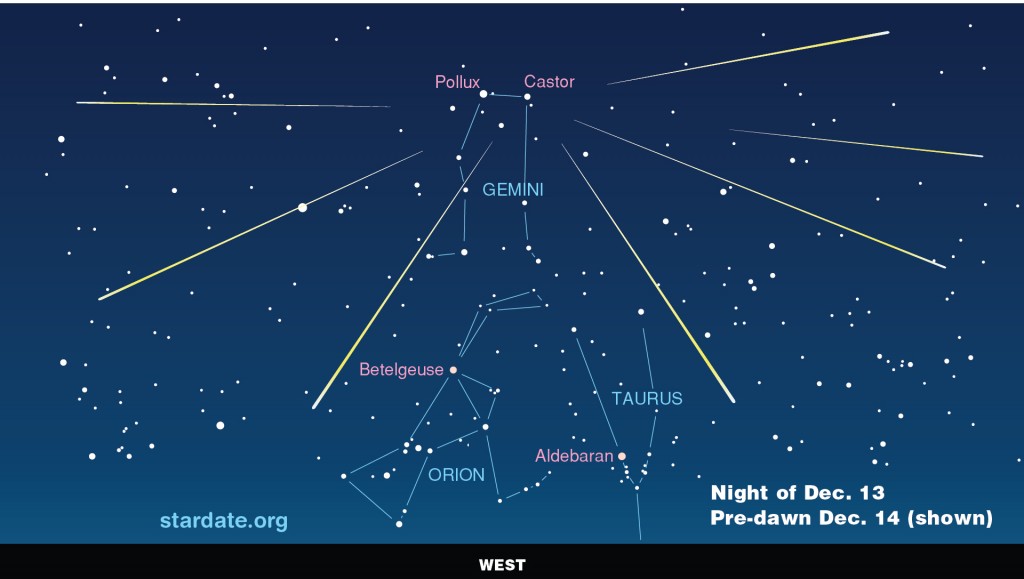 In case you are planning to make some wishes, this weekend is reportedly the best time to do this, as the Geminid meteor shower will be reaching its climax during the current weekend. More precisely the meteor shower will be seen best the night between Saturday and Sunday. NASA explained that the Geminid are actually debris that come from a long extinct comet, which is called  3200 Phaethon.

This annual meteor shower reportedly got its name from the constellation Gemini, out of which the meteors are shot, producing huge balls of fire. According to experts, you can expect to see 120 meteors falling from the skies every hour.

3200 Phaethon, from which the Geminid meteor shower originates, has a 1.4 year orbit around the Sun and specialists explained that it is actually a dying comet. So every time it comes closer to the Sun its debris are lightened by it.

Comets are known to be made up of ice and dust, so that’s why when comets get anywhere near the sun, the ice is turned into gas – a transformation known as a coma, during which the comet’s tail is formed.  But nevertheless the 3200 Phaethon is not like this, it has no tail due to its supposedly being dead.

Nevertheless the Geminds material is much denser than the usual one that most meteors are made of. The good news is that the denser material is, it tends to create longer-lasting and brighter meteors. In the meantime divergences are still present, as some believe Phaethon to be an asteroid, while others consider it to be this extinct comet that has no more gases to burn.

Right now our planet is passing through a stream of dust laying in the orbital path of the Phaethon 3200.

The phenomenon can be seem all over the Northern Hemisphere, anywhere where the skies are clear, and preferably away from big cities. But in case you feel it’s too cold outside, you can also watch the meteor shower delivered live by the NASA’s Marshall Spaceflight Centre.