You are here: Home / Health / Four Year Old Ebola Orphan Watched Her Family Being Torn Apart by the Deadly Disease 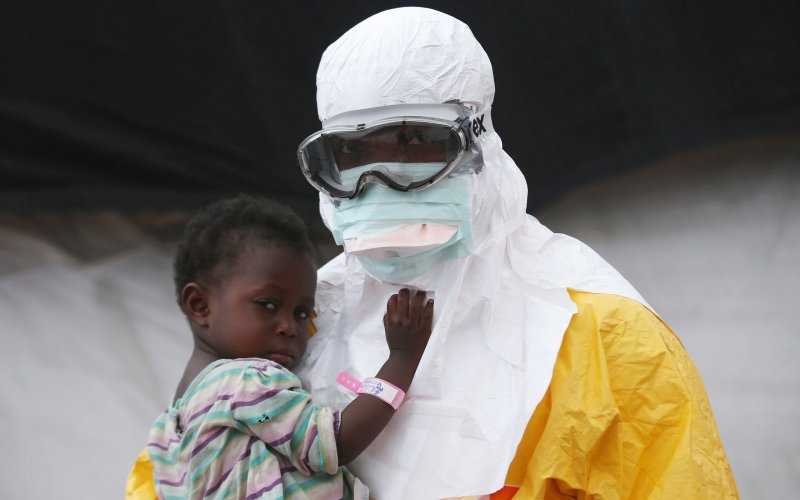 A four year old girl in Sierra Leone was moved into an orphan home after her father and sister died of Ebola. The girl’s mother is very sick and was moved to the hospital.

The 4 year old girl, named Sweetie Sweetie, has seen her family torn apart by this deadly disease. Even though the little girl showed no symptoms of Ebola, nobody in her village wanted to take her because her family was infected with the deadly virus. She went after her mother in the red zone of a clinic where Ebola patients are being treated. The girl roams the biohazard area with nothing to protect her from this deadly disease. She was named Sweetie Sweetie by the clinic workers because they had no idea what her name is and she once asked a visitor if he wants her.

According to officials at the United Nations, Ebola has killed 1.200 people and 3.500 were infected. The most countries by this virus are Liberia, Guinea and Sierra Leone. According to statistics from the United Nations, there are approximately 10.000 Ebola orphans in these countries and people fear to take any of them into their homes because of the deadly disease. Authorities have made efforts to contain the spread of the virus by shutting down schools.

Normally, after a calamity such as an earthquake or after a war, relatives would step in and take the orphan children into their homes, but when it comes to Ebola, even relatives fear to get close of the children. The people in Ebola infected countries believe that children are highly contagious, and is cases such as Sweetie’s where the entire family died, she is seen by the locals as a disaster waiting to happen.

Sweetie Sweetie is living in a home with nine other children who have lost their families to this deadly disease.

Seattle Times reported that people who wanted to adopt children from Africa put a stop on the adoption process because they fear the children might be infected.

UNICEF stated that approximately 3.700 Ebola orphans have been created in these countries that were devastated by the disease. Reports show that 2014 was the worst year ever recorded for children, which lost their families because of violence, disease and terrorism.