You are here: Home / Tech & Science / The European Extremely Large Telescope Will Be Ready by 2024 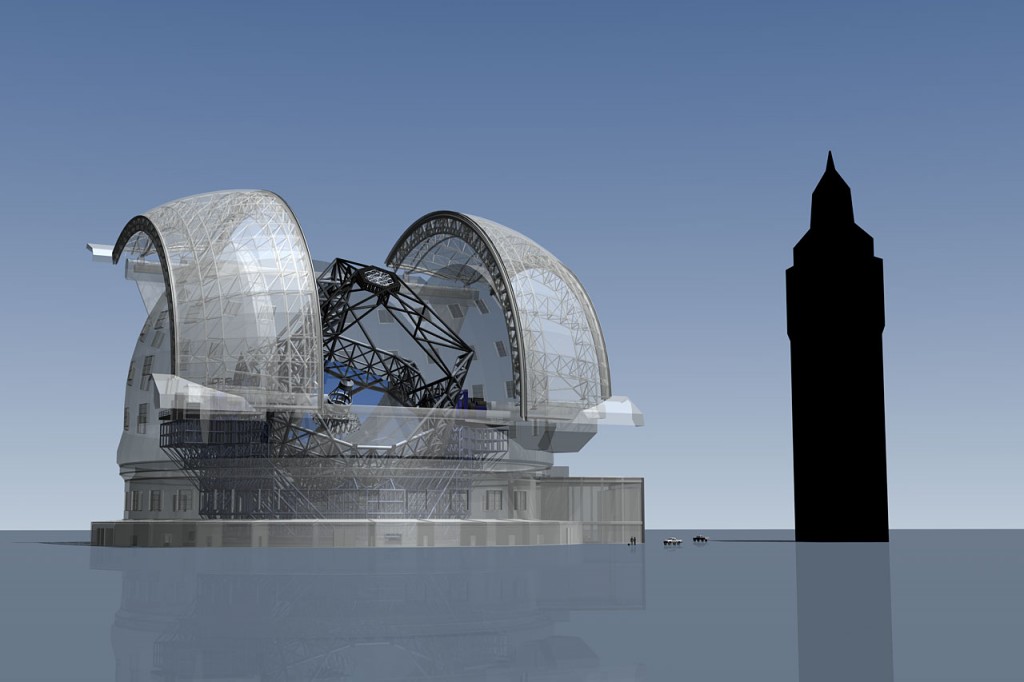 On Thursday, European Southern Observatory (ESO) publicly announced that the world’s greatest telescope received first construction approval. It seems that the  European Extremely Large Telescope  will be ready by 2024.

The new telescope will be about 100 meter high (328 feet) and it will be equipped with a light collecting area 39 meters (128 feet) wide. It will watch the skies atop of Cerro Armazones, a 3.064 meters (10.052 ft) mountain in Chile’s Atacama Desert. Scientists say that Cerro Armazones is an excellent location for astronomical activities since it has clear skies 89 percent of the nights in a year. On this mountain there are several other telescopes such as the Hexapod Telescope (1.5 m/5 ft tall).

“The decision taken by [ESO] Council means that the telescope can now be built, and that major industrial construction work for the E-ELT is now funded and can proceed according to plan. There is already a lot of progress in Chile on the summit of Armazones, and the next few years will be very exciting,”

To this day, E-ELT had some funding issues. Its construction was first approved in June 2012, but contracts that implied more than $2.48 million were planned to be awarded after 90 percent of the necessary funding had been collected. E-ELT requires about 1.083 billion euros ($1.34 billion) to be built. Some contracts were excepted from this rule, such as the contracts needed to built a road up to Cerro Armazones or to level the building site.

In October 2014, ESO managed to gather  90-percent of the funding by accepting Poland in its project. To make things run smoother, ESO has also divided the project into two phases. The recent approval was only for the first phase.

During this phase, E-ELT must get built and ready for action, while contracts will be awarded at the end of 2015. During the second phase, about 24 percent of the 798 mirror fragments that make up E-ELT’s main mirror will be developed. This phase requires 10 percent of the funding and will get approved when money is available. Also, an adaptive system for the telescope will be also created during this time. The telescope needs the system to cancel the blurring effects generated by Earth’s atmosphere.

However, E-ELT is not the only giant telescope on Earth. The Giant Magellan Telescope (GMT) is now being built on another Chilean peak and expected to be ready in 2012. Also, the Thirty Meter Telescope (TMT) is expected to be up and running on a Hawaiian mountain in 2022.