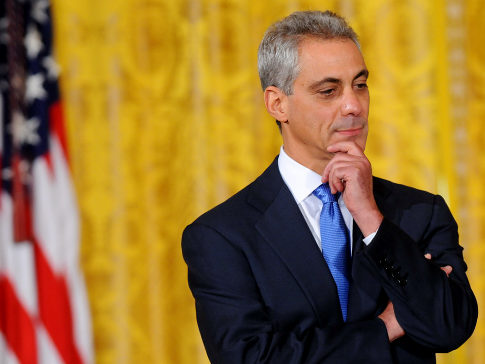 Chicago February 2015 municipal elections are fast approaching and unofficial candidate lists show that there are nine contenders for Mayor Emanuel’s position in Chicago’s top office. These candidates had until November 24th to hand in their signatures so as to officially appear in the municipal election ballot.

Among the candidates, 2nd Ward Ald. Bob Fioretti, Cook County Commissioner Jesus Garcia and former Ald. Robert Shaw will all be challenging Mayor Emanuel. According to statements made by Garcia, the commissioner filed over 63,000 signatures while Fioretti announced that he had filed around 55,000. Mayor Emanuel, on the other hand, filed 43,000 a week before the deadline.

Garcia was particularly pleased with the support he received in the last couple of weeks. He had announced that his team had counted approximately 40,000 signatures and that the last 23,000 were a welcome surprise, especially in a three week period.

“We were just ecstatic about it and I think it shows the enthusiasm that the campaign is bringing to all parts of the city.”

His campaign has flourished, especially after receiving important donations. Only two days ago, donations of $250,000 from SEIU Healthcare were reported, bringing the total sum of Garcia’s campaign at approximately $477,000. Fioretti’s campaign has also raised significant donations, $310,000-worth.

However, such sums pale in comparison to Mayor Rahm Emanuel’s funding, estimated at approximately $10 million.

This sum did not fail to receive unwanted attention- three Chicago councilmen ordered an investigation after the mayor received over $600,000 in donations from firms managing Chicago’s pension funds.

Garcia is by no means intimidated by the mayor’s $10 million budget. According to him, it’s relationships and common goals that will win the election, not money.

And Garcia may just be right: Mayor Emanuel’s ratings have just gone down from 50 to 35 percent regardless of demographics. On Tuesday, the mayor called an extraordinary City Council meeting to discuss minimum wage. Emanuel’s promise? To have workers earn $13 an hour by the end of 2019 under the plan recently approved by the City Council. However, there are opponents discussing the impact that such increases will have on businesses.

One can’t fail to wonder, however, if this idea isn’t just one of Emanuel’s popular ideas in the face of re-election while fearing two strong challengers, Fioretti and Garcia, who are pushing for rates of $15.