You are here: Home / Health / Caramel Coated Apples are the Prime Suspect in Five Deaths and the Latest Listeria Outbreak in 10 States 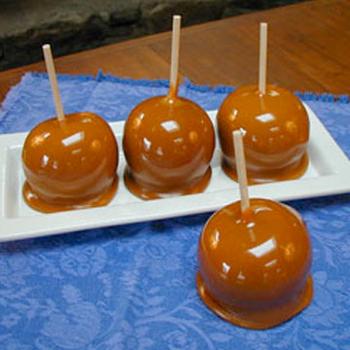 The state and federal health officials are looking into a listeria outbreak which may be connected to caramel coated apples that are responsible for five deaths and 28 hospitalized people in 10 states.

The United States Centers for Disease Control and Prevention issued a statement in which the warn people about consuming commercially prepackaged caramel coated apples until information that would exonerate this products as the main cause of the outbreak will be acquired.

On December 18, 28 people have been infected with the strains of the Listeria monocytogenes bacteria, according to CDC reports. Out of 26 hospitalized people, five lost their lives to this infection. The CDC has reported four of these deaths to be connected to the Listeria infection.

Other reports from the CDC show three cases of meningitis among children with the age between 5 to 15 years, who were healthy. Other reports indicate nine infections in newborn babies and pregnant women.

Symptoms of this infection include chills, headache, fever, vomiting and stomach ache and the usual course of treatment are antibiotics.

Investigators from the CDC are trying to link a specific brand of these products to the current outbreak and to locate the source of it. Also, officials from CDC say that even if caramel apples are commonly sold in the fall, they may still be available in stores or in people’s houses.

An infectious disease specialist from Staten Island University Hospital in New York City, Dr. Ambreen Khalil, explained that this infection can take many different forms and can manifest in infections of the bloodstream or central nervous system infections such as brain abscesses, endocarditis, meningitis or gastroenteritis.

Listeria usually affects individuals who have a weakened immune system as well as elder people or pregnant women, according to Dr. Khalil.

Chief of pediatric infectious disease at Winthrop University Hospital in Mineola, New York, Dr. Leonard Krilov said that the steps recommended to prevent this particular infection is to clean and dry raw products such as vegetables or fruits very well before consuming them.