You are here: Home / Tech & Science / Breathtaking Timelapse Video Of Earth Made by ISS Astronaut 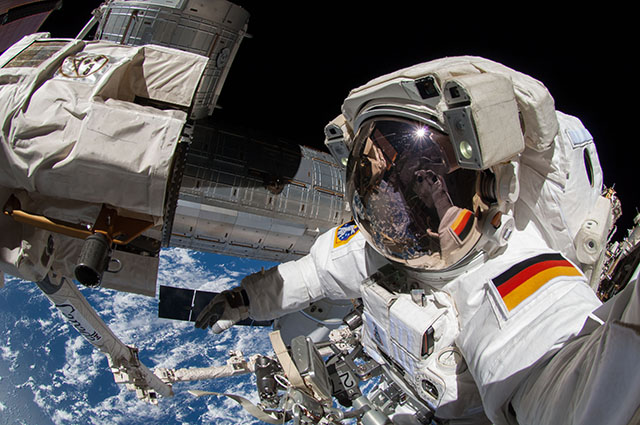 On December 25, Alexander Gerst, a German astronaut that had spent 6 months on board of the International Space Station (ISS), released on Twitter the first timelapse video of Earth made from photos taken by a single ISS astronaut, Mr. Gerst himself. During those six months in space, he took about 12,500 photos of Earth for the 6-minute long video.

Mr. Gerst said that he took those photos while on board of ISS using different angles of camera and techniques. He said that while doing the lab work on ISS and completing scientific tasks related to ESA’s Blue Dot Mission he was able to set an intervalometer to activate the space camera to take photos at different intervals of time.

The video contains rare photos of space and Earth taken at different angles and periods of time. Among the breathtaking images viewers can take a brief glimpse at auroras, clouds, sunrises, lightning, cities at night, oceans, International Space Station, stars, the Milky Way and the “thin band of atmosphere that protects us from space”.

ESA recommends viewers to switch the video’s resolution to a maximum 4k if they want the ultimate space experience. Alexander Gerst’s timelapse video was posted on YouTube and you can watch it here.

This video is not the first of its kind. Several other timelapse videos of Earth have been compiled by various space fans all over the world. Most of these videos used ISS snapshots of Earth publicly released on the internet. The editors have subsequently edited those photos in Adobe After Effects/Premiere software by de-noising , removal of dead pixels, color grading and deflickering.

However, Alexander Gerst’s timelapse video is the first video to use photos taken by a single person. All images were captured on board of ISS that is orbiting Earth at a speed of about 17,000 miles per hour.

Mr. Gerst worked aboard of ISS since May and ended his mission on early November summing up 166 days in space. This mission was called Blue Dot Mission and it was coordinated by the ESA. There were three researchers taking part in the mission – Alexander Gerst from Germany, Reid Wiseman from the US and commander Max Suraev from Russian space agency (Roscosmos).

Mr. Gerst is an ESA astronaut and the third German that visited and worked on ISS. He is an expert in geophysics and volcanology.