You are here: Home / Health / Brain Activity Can Determine the Odds of Starting Smoking again 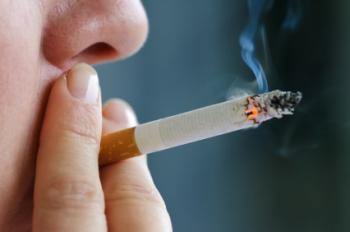 A new study implies that brain activity can determine the odds of starting smoking again after quitting. The research might open new ways to treat smokers. The findings are available in a recent issue of the Neuropsychopharmacology  journal.

The study shows that smokers who retake the habit within seven days of their set quit date indicate disorder signs within their working memory system, not identified in those who actually managed to successfully give up smoking.

The outcomes of the research might be useful to design adapted treatments for those who want to quit smoking.

Differentiating those who stand a better chance of quitting could also make them target patients for new therapies.

The research was conducted by senior author Caryn Lerman, PhD a professor of Psychiatry and director of Penn’s Center for Interdisciplinary Research on Nicotine Addiction. Caryn Lerman underlined that this was the first time when changes in the working memory induced by abstinence anticipated relapse in smokers.

Basically, the neural activity started reducing in the part of the brain in charge of self -control and rose in the area that endorses a reflective state of mind. Researchers say that brain responses can be identified one day after quitting and thus providing key information  that could lead to more personalized  type of treatment strategies for smokers.

Available data shows about 42 million Americans are smokers. However, adult smoking appears to be at historic low.

The findings were made possible through a functional magnetic resonance imaging (fMRI)  which researchers used to investigate how short-term smoking abstinence impacted memory and general neural activity.

The study was conducted on 80 smokers aged 18 to 65 who said they were smoking over 10 cigarettes a day for a minimum of 6 months. The subjects had been submitted to two fMRI sessions. The first one took place immediately after smoking a cigarette and the second 24 hours after that “last” cigarrette.

Participants received professional advice on quitting smoking  and set a target date for doing it. A week after the quitting date they were inspected to  see if they had relapsed.  The majority, sixty –one smokers started smoking again. Only nineteen managed not to smoke for seven days.

Moreover, patterns of behavior can be predicted  and enable researchers and therapists  to come up with better strategies to help smokers give up the habit.