You are here: Home / Health / BlackBerry and NantHealth Present a Cancer Genome Browser 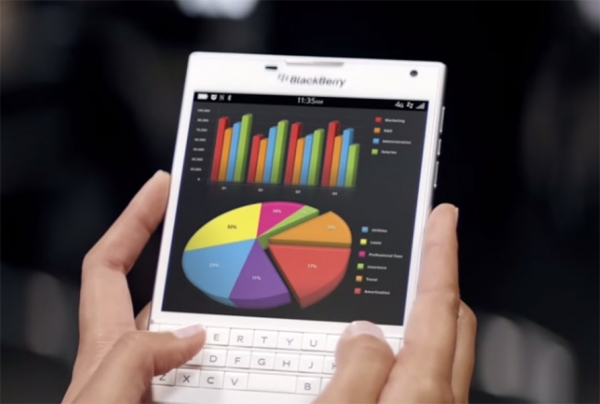 The Cancer Gerome Browser is yet another proof of technology of all forms and shapes kicking in to assist mankind into its survival and welfare. This Sunday, December 7th, BlackBerry Ltd and NantHealth – a cloud-based healthcare data provider – have launched a secure cancer genome browser that allows doctors to access the genetic data on their BlackBerry Passport smartphone.

BlackBerry is thus expanding on its focus on the healthcare niche by making a reputation for security and reliability, while designing customized devices to serve the health department to the best of its power. The collaboration with NantHealth was announced by John Chen – BlackBerry’s CEO – back in April 2014 with plans to transform the delivery model of health-care to patients. The NantHealth company is known as an innovator in designing efficient, leading platforms for medical professionals.

As of right now, the platform has already been installed at over 250 hospitals, on more than 16,000 devices, with an estimate of potentially registering an average of 3 billion vital signs in a year. The advantage that the BlackBerry design has over other mobile device technologies is the 1 on 1 screen ratio that makes practices such as viewing x-rays in optimal resolution and screen ratio, while the size and shape of the device makes it capable and ideal for handling large amount of data involved in genome screening. In addition, BlackBerry’s unwavering security system and reliability were deemed crucial to the Internet of Things in Health.

This is one of BlackBerry’s courses of action that hopes to revive slumping sales following the failed attempt last year when the company tries to expand into the consumer market. CEO John Chen is known to be a businessman who excels at turning around receding companies and was hired by BlackBerry to salvage the declining company. He has since cut inventory risk and pledged to raise software revenues to $500 million by the end of year 2016. In November this year, he has made a statement that the company would be cash flow break even by the end of February 2015, marking the end of the current fiscal year.

The cancer genome browser has already been tested by Dr. Soon-Shiong, who is confident about its release into the field of healthcare. The browser equips doctors with a mobile computer that allows them to quickly and accurately decide on a treatment for a patient by displaying individual genetic alternations in a disease and hastily highlighting treatment options. This is possible without having to wait for entire weeks to receive tests from biopsies, or have to decide on a treatment before knowing the nature of the situation.