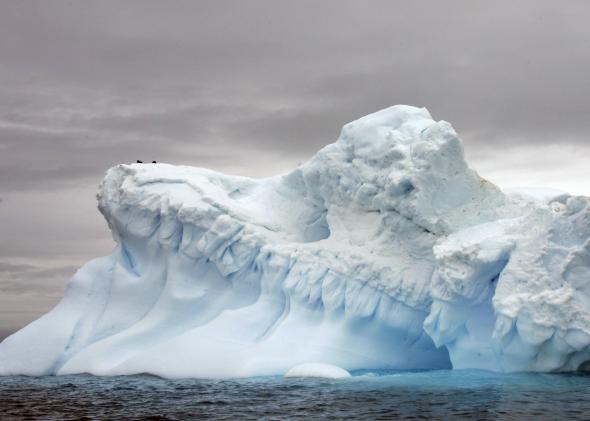 NASA researchers have just made public a worrying fact about the way the Antarctic ice is melting. Scientists said that the Antarctica melting rate has tripled since the last time they checked.

The latest study was done at the University of California at the Irvine and National Aeronautics and Space Administration. The researchers used data gathered in the past 21 years and the study was able to show how fast the glaciers in West Antarctica are melting.

Scientists used radar, satellite and laser measurements of the glaciers in order to determine the Antarctica melting rate. They measured the glacier’s mass and then they compared the changes that took place between the years 1992 and 2013.
The study revealed that the Antarctic region lost approximately 91,5 billion US tons yearly, the equivalent of losing the amount of water of Mount Everest every 2 years.
One of the authors of the study, Isabella Velicogna said of the new discovery that:

“We have an excellent observing network now. It’s critical that we maintain this network to continue monitoring the changes, because the changes are proceeding very fast”.

NASA said that if it continues this way, the glaciers will melt and all the water released from them will lead to an increase of global sea levels by approximately four feet.

The scientists say that as the planet continues to warm up it will be very difficult to try and monitor the changes of the gigantic glaciers. They also said that it’s highly important to keep an eye on the Antarctica melting rate.
Also, the researchers involved in the study stated that they have no indication that the melting rate will decrease in the near future, not with the global warming accelerating.

The scientists revealed that the total amount of ice from the glaciers could be even higher because there are parts of the Antarctica that have not been studied yet.

The researchers say that we must be more aware of the dangers of global warming.
The recent study that shows Antarctica melting rate has tripled in the last years was published in the Journal Geophysical Research Letters.